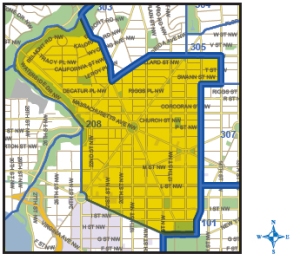 Following are some selected, more serious crimes (burglaries, robberies, stolen autos, assaults) that occurred April 12 in PSA 208 in the Dupont Circle area (but outside of Borderstan). These crimes are from the MPD 2nd District listserv on Yahoo! Groups; you must join to be part of the listserv.