Here are some suggestions of things to do during the weekend in Borderstan, really close by or in the city. (Also, check out Borderstan’s “July 4th: A Guide to the Guides, Street Closures.”)

El Paraiso Restaurant at 1916 14th Street NW is always a perfect choice for a lazy weekend. Good cheap food with flavor… not fancy with okay service. If you are into Latin American soccer, this is the place to watch your team play while enjoying a beer and the company of many amigos. Mexican-Salvadoran places in DC are often good substitutes for traditional Greek-owned diners–since we seem to lack as many as other large cities.

City Lights of China at 1731 Connecticut Ave NW. Just north of Dupont Circle, it is an old favorite in the area. If Chinese food is what you are looking for this is a good place to go and have a delicious meal. The menu is divided between specialties from the regional cuisines of Szechuan and Canton.

“August Wilson’s Radio Golf” at The Studio Theatre 1501 14th Street, NW. Showing here in Borderstan… gentrification is examined, according to the Studio Theatre: “The Studio Theatre’s production of ‘Radio Golf’ will strongly echo the current zeitgeist in Logan Circle, Washington and around the nation.”

“The Color Purple” is playing at The Kennedy Center, 2700 F Street, NW. It’s a classic, nominated for 11 Tony Awards (and there was the movie). Says The Kennedy Center: “The Color Purple is an inspiring family saga that tells the unforgettable story of a woman named Celie who–through love–finds the strength to triumph over adversity and discover her unique voice in the world. Set to a joyous score featuring jazz, ragtime, gospel, and blues, The Color Purple is a story of hope, a testament to the healing power of love and a celebration of life.” 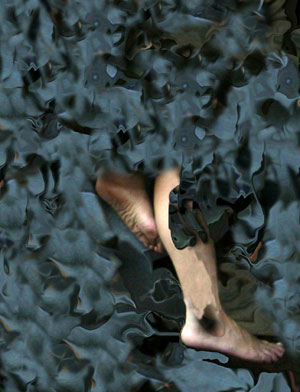 “Finding Beauty in a Broken World: In the Spirit of Frida Kahlo.” Shown is “Petalos Negros” by Katya Romero. At The Joan Hisaoka Healing Arts Gallery, 1632 U St. NW (image from Gallery Web site).

“Finding Beauty in a Broken World: In the Spirit of Frida Kahlo,” is a mixed media exhibition at The Joan Hisaoka Arts Gallery, 1632 U Street NW.

Take in the fireworks display on The National Mall on Saturday night.

At The National Mall, there are all sorts of events going on during the weekend. Concerts, fireworks, the Smithsonian Folklife Festival, so check Borderstan’s “July 4th: A Guide to the Guides, Street Closings,” for an easy way to plan to your weekend agenda.