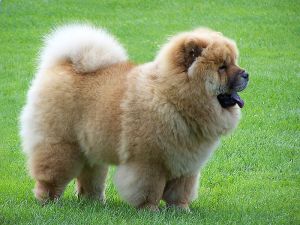 Example of a fluffy dog: I have always thought of Chow Chows as unpredictable when it comes to biting and nipping. Good luck checking a male Chow Chow’s genitalia. (Photo: Wikipedia.com)

Before reading,  you might want to read the posting directly below, “TUESDAY: 17th Street Dog Park Community Meeting.” From the posting: The Dupont Current ran a front page story in last week’s paper, “Park success may lead to bone of contention.” ANC 2B/Dupont Commissioner Bob Meehan is quoted in the Current story and told the paper that the believes the meeting will focus on hours of operation, the number of dogs in the park at any one time and whether un-neutered male dogs should be permitted on the premises.

Prohibition of un-neutered males in the dog park? I see. Okay…

No disrespect to Commissioner Meehan is intended here; he was one of the ANC 2B/Dupont commissioners who worked very hard to make this dog park reality. And, as a dog owner, I know how contentious these issues can be. I am sure Meehan was just saying what some dog park regulars have suggested.

However, if it is decided that male dogs who are un-neutered are going to be banned from the 17th Street dog park, I have some questions:

In the meantime, I assume it will still be just fine for clueless parents to bring small children (toddlers and infants even) inside the dog park and tell them to “play with the little doggies.” I was there one day with Lupe and a woman was ENCOURAGING her tiny son (maybe 2 years old) to run around with a STICK while “playing” with the doggies. Lady, why not just tie a porkchop around your kid’s neck next time?

But really, folks. Have we lost our minds? This is insane.