Floriana Mercury Grill is located at 1602 17th Street NW. It has one of the best reputations in town… as a wonderful Italian restaurant with consistent service and great prices.

Logan Tavern is located at 1423 P Street NW and is one of the pioneering restaurants in the revival of the 14th Street corridor. Always a good bet for a pleasant meal, with a diverse menu.

HR-57 is located at 1610 14th Street NW. A favorite of mine, it is not really a place to eat, but a wonderful place to fill the spirit with great live jazz  music. You can bring your own liquor or allow them to serve you. There are some finger foods available. 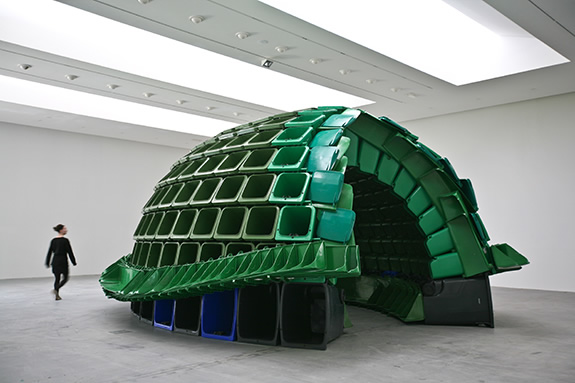 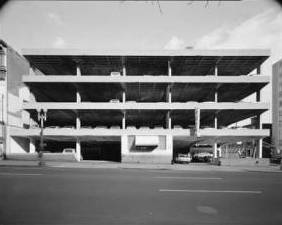 Brian Jurgen’s “Strange Comfort” is at the National Museum of the American Indian, 4th Street and Independence Avenue SW: “In Strange Comfort, a major exhibition organized by the National Museum of the American Indian, Jungen reassembles plastic chairs–hacked apart but still undeniably chairs–into a whale skeleton. Suitcases take the form of a possum, a crocodile, a shark. Expensive sneakers become Northwest Coast-style masks. Golf bags become totems. Jungen charges ordinary, useful objects with layers of meaning, exploring and transgressing the boundaries of what they had been and what they’ve become, riffing on Indian imagery, pop culture, consumerism, and obsession in the process.”

“House of Cars” is at the National Building Museum (one of my favorite museums in the city) at 401 F Street NW: “We have all spent time in parking garages, but we rarely stop to think about what they have meant for our cities and ourselves. House of Cars: Innovation and the Parking Garage explores the unique relationship between parked cars and the built environment and encourages visitors to see these familiar structures in a whole new way. A showcase for innovation; a training ground for the 20th century’s best-known architects; and now, a new direction for sustainable city planning; the parking garage tells many stories.”

“Hirshhorn Museum After Hours,” is Friday, October 23, at the Hirshhorn Museum and Sculpture Garden at 7th Street and Independence Avenue, SW: “Celebrate the opening of “Anne Truitt: Perception and Reflection” with the last After Hours of 2009. Stay up late, and enjoy extended museum hours, curator-led gallery tours, music from your favorite DJs, and special performances.”

The Washington International Horse Show is at the Verizon Center, 601 F Street NW: “Horse-crazy or not, if you like championship sport and fast-paced entertainment and fun, this is the event for you. An equestrian tradition since 1958, the Washington International Horse Show brings top horses and riders from the U.S. and abroad, including Olympic champions, to the nation’s capital to compete for more than $400,000 in prize money and championship titles. About 500 horses participate in show jumping, hunters, equitation and dressage events during the six-day show. Special exhibitions, shopping in more than 50 specialty boutiques and new this year, Washington’s World of the Horse on Sunday afternoon, round out this family-friendly show.”

“Pam Ann Live,” plays October 26 at the Lincoln Theatre, 1215 U Street NW: “Following the huge success of her sold-out European and Canadian tours earlier this year, A-List hostess to the stars Pam Ann announced she will touch down for her first USA tour in five years. I am coming to the USA to bring fabulousness back to flying”. Pam Ann is the alter-ego of Australian comedienne Caroline Reid. Reid’s portrayal of a gutsy and glamorous air hostess is unique and wildly hilarious. 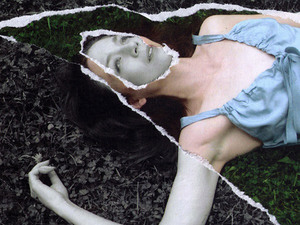 “Fan of a Single Woman” is part of the 12th International Festival of Hispanic Theater at the Teatro de La Luna, at the Gunston Arts Center, 2700 South Lang Street in Arlington: “…an homage to Federico García Lorca, recreating his magic universe through an encounter with the ghosts of his characters…” A woman is thrown into the abyss of García Lorca’s stylized and poetic universe…she narrates, sings, recites, shouts and whispers… Under this woman’s skin live the ghosts of the Granada poet’s characters, who relive their ultimate, solitary hours.”

“4.48 Psychosis” plays at the Warehouse Theatre at 1021 7th Street, NW: “Awakened by the shock of her own suicide, a woman is driven to reassemble the fragments of a life plagued by unsuccessful therapies and endless medications. Playwright Sarah Kane’s final play before committing suicide at the age of twenty-eight.”

William Shakespeare’s “Much Ado About Nothing” is at the Folger Theatre at 201 East Capitol Street SE: “Reluctant lovers Beatrice and Benedick conceal their attraction behind a merry war of wit in Shakespeare’s romantic, clever comedy. The play’s musical language resonates with Caribbean rhythm in this colorful production.”

“Sweet Honey In The Rock” with a special appearance by the Alvin Ailey American Dance Theater is October 23 at the Warner Theatre, 1299 Pennsylvania Ave NW: “In 1973, Bernice Johnson Reagon tapped the rich tradition of African-American a cappella, founding Sweet Honey In The Rock at the D.C. Repertory Theatre. For 35 years, Sweet Honey In The Rock has come in song to communities across the nation and around the world; steeped in the sacred music of the black church, the clarion calls of the civil rights movement, and songs of the struggle for justice.”

Madhavi Mudgal is October 24 at 2 p.m. at the Lincoln Theatre, 1215 U Street NW: “Apart from establishing a niche in the international dance scene as a soloist, she has received critical acclaim for her choreographic works. She teaches Odissi at Gandharva Mahavidyalaya, New Delhi, one of the premier institutes in the country. Mudgal has also been the recipient of many awards and honors, including the President of India’s award of Padma Shri and the Chevalier de l’ordre des arts et des lettres by the Government of France.”

The Shaolin Warriors are at the Center For The Arts at George Mason University: “Described by the Toronto Star as a “dazzling spectacle,” the Shaolin Warriors bring the remarkable skill, dramatic movement, and spectacular imagery of the Chinese art of Kung Fu to the stage. Performed by disciples of the Shaolin schools, these amazing artists are renowned for their discipline and ferocious martial arts prowess, which combines agility and grace. These incredible masters have trained from a very young age in mental and physical exercises, allowing them to perform astounding feats one only thought possible in movies.”