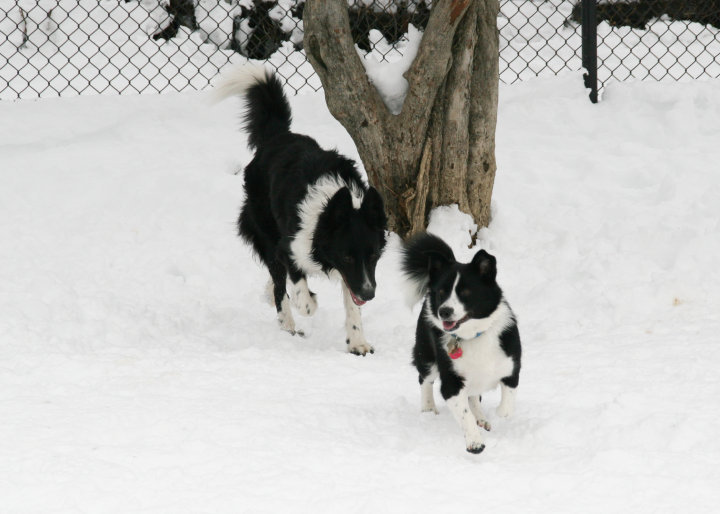 Shaw Dog Park volunteers were able to keep the dog park open every day in February, even during Snowpocalypse. Rudolph (rear) and Lupe enjoy a snowy day at the park. (Luis Gomez Photos)

The main topic of discussion at the February 24 meeting of the Shaw Dog Park Committee was the rule limiting the number of dogs one person may bring to the park. The issue has been particularly important recently due to reports of a professional dog walker bringing up to 10 dogs to the park and a related incident that is alleged to have occurred at the park (details below).

The Shaw Dog Park Committee meetings are open to the public and usually held on the third Wednesday of the month at Hotel Helix on Rhode Island Avenue. Visit Shaw Dogs for more information about the group and the dog park on the 1600 block of 11th Street NW between Q and R Streets.

Here is the committee’s report on the February 24 meeting: