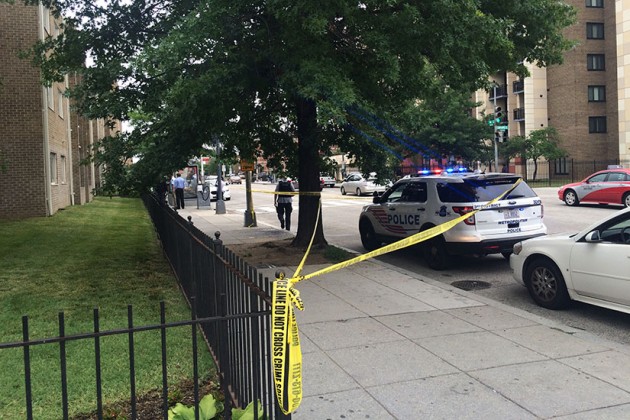 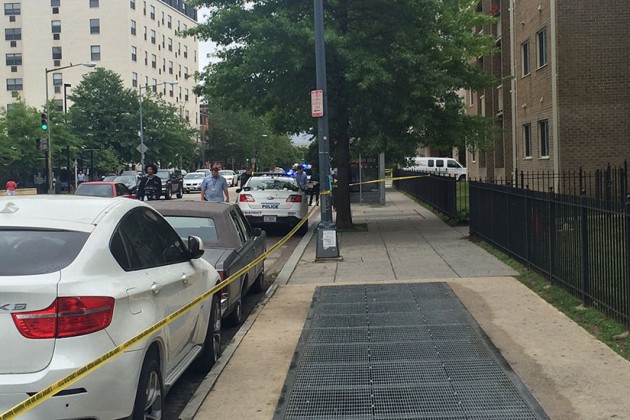 (Updated at 2:30 P.M.) A man was shot this afternoon in Columbia Heights.

A spokesperson with police initially told Borderstan that the man was shot in the chest, but police on the scene said that they were not sure where the victim was shot.

The shooting occurred at 14th and Girard Streets NW at about 1 p.m., police said, near the AppleTree Early Learning Institute, a local preschool.

Forensics teams were still inspecting the area when Borderstan arrived on the scene.

No streets are closed, though the buses on the 52, the 53 and the 54 bus lines on 14th Street NW are avoiding the Girard Street stop.

The victim was conscious when he was transported to the hospital.

There are no suspects at this time, police said.