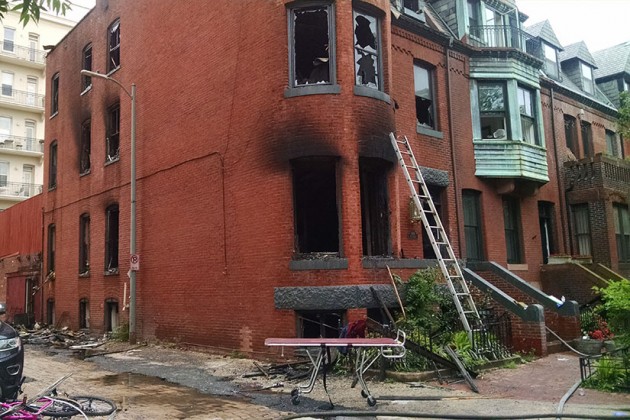 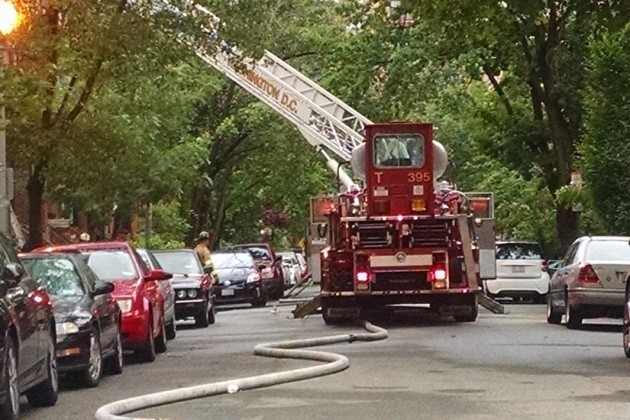 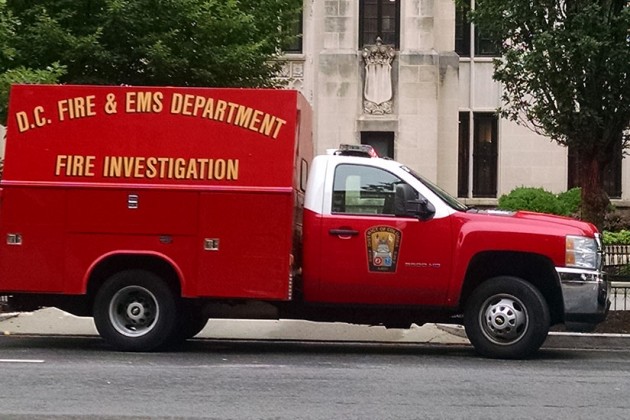 (Update 9:10 a.m.)  An early morning fire northeast of Dupont Circle took the lives of two people and injured several others.

The two-alarm fire broke out at a rowhouse at 1610 Riggs Place NW around 2:30 a.m. D.C. fire and EMS have confirmed injuries to three D.C. firefighters, while police have confirmed that two died as a result of the blaze.

When a Borderstan resident arrived on the scene at around 7:00 a.m., members of the Red Cross were attending to the victims’ families, he said. Several police cars and a fire crew were also still on the scene.

Responders closed down 16th Street NW between R Street and T Street to traffic earlier this morning, before moving their their crews to the 1600 block of Riggs Place NW, which is currently closed.

Photos courtesy of a Borderstan resident.