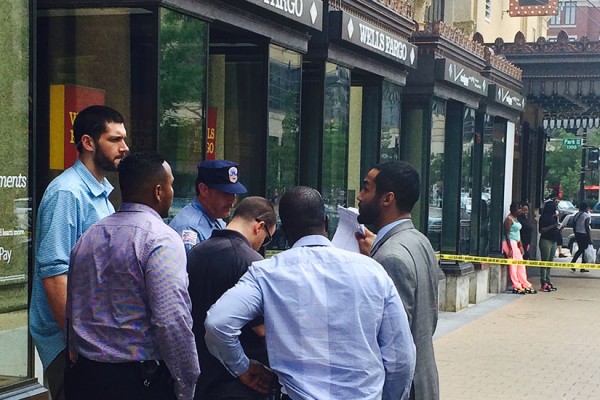 Police have confirmed that the Wells Fargo at 3325 14th St NW has been robbed. Police say one arrest has been made.

After the robbery around 12:40 p.m., the male suspect fled the scene with an unknown amount of currency before being apprehended by police at 12th and Kenyon Streets, NW.

One witness who was interviewing with police at the scene claims to have chased the suspect down 14th Street to Kenyon Street. The witness — who asked not to be identified — said that as he closed in on the suspect, the suspect flashed a gun at him.

When a Borderstan reporter arrived on the scene, the sidewalk in front of the bank was completely blocked with police tape, as detectives and other officers filed in and out of the bank.