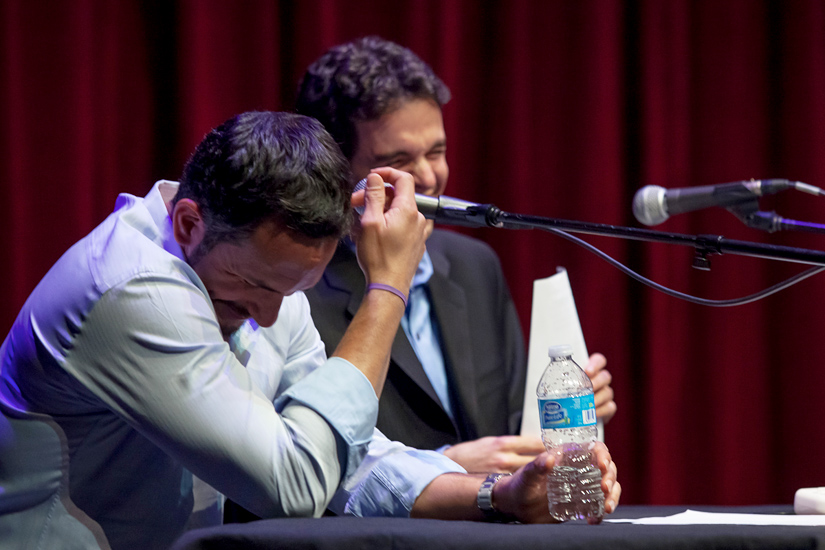 A public radio show from Boston will make its District debut at DC Improv on Wednesday.

Chris Duffy, creator and host of “You’re the Expert,” will join comedians Seaton Smith, Maeve Higgins and another currently unannounced comedian on stage when the show begins at D.C. Improv at 8 p.m.

The idea behind the show is simple: Duffy invites a scientist on air and subjects him or her to a panel of comedians that use a series of games and misguided assumptions to speculate what kind of research they do. After they guess correctly, the group discusses the topic and asks questions.

Wednesday’s guest will be Dr. Robert Provine, a neuroscientist who studies the brain mechanics behind laughter, yawning, farting and hiccuping.

Though “You’re the Expert” has been a podcast for three years, the show began airing on Boston NPR affiliate 90.9 WBUR earlier this year.

Duffy taught fifth-grade at an inner-city Boston school when his comedy career first took off, which he said inspired his idea to use comedy to deliver education. Initially pulling from his peer group of science researchers, the show turned into a platform for scientists to share their findings.

“If you go to ‘You’re the Expert’ and you just laugh, then we failed,” he said. “We want people to leave having learned something.”

Tickets are $20 and there’s a required minimum two-item bar purchase.