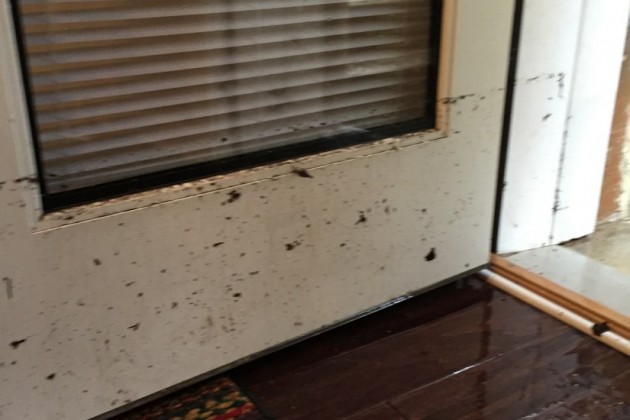 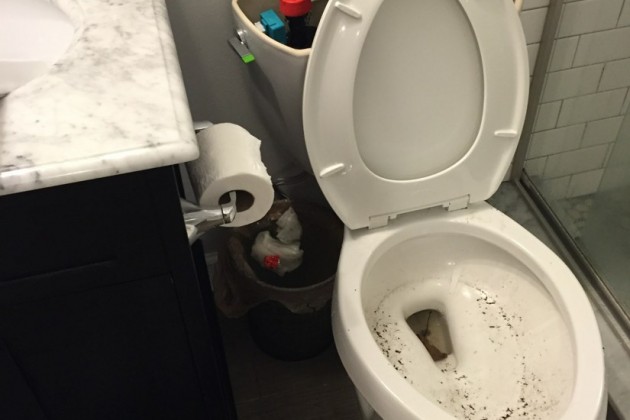 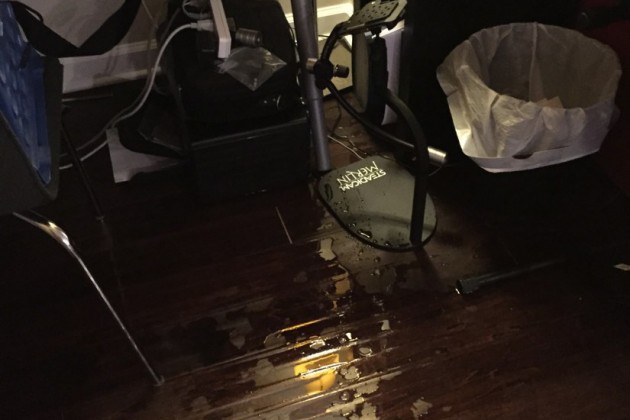 (Updated at 3:37 p.m.) Some Shaw residents are worried after Sunday’s heavy rainstorm caused their drains to overflow with sewage for the second time in the past year.

Tony Lenzi, who owns the home at 928 P ST NW, said the downpour left four inches of standing water and sewage in the home’s basement.

“I’ve heard from six other neighbors who have been affected,” says Lenzi. “Two of our neighbors were flooded by sewer and storm water backup for the second time in almost a year.”

Tom Allen, who lives on the same block as Lenzi’s home, told WJLA last night that he’s worried the flooding is becoming more common, partly because of new developments that might be stressing the water infrastructure.

Lenzi agrees: “Our worry in the neighborhood is how both Logan and Shaw will handle the density being added,” he says. “Some of our neighbors have lived here for decades and haven’t seen this kind of flooding.”

D.C. Water spokesperson John Lisle says he’s aware of the flooding on P Street, but is doubtful Sunday’s flooding was caused solely by new population density. Instead, Lisle says the flooding occurred because the area’s sewers were overwhelmed by large amounts of rain.

“And they’re undersized,” Lisle adds. “They probably always have been.”

The problem is fixable, says Lisle, just not until 2022 when the city completes its Northeast Boundary Tunnel meant to reduce flooding related to sewer overflows.