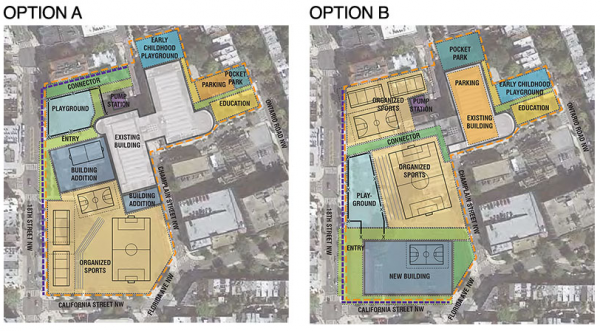 The 2016 D.C. budget will allow the school to undergo a complete modernization over the next two years.

In the first proposal, the existing building would be reused and expanded for additional recreational space and health services.

In the second, only the eastern half of the existing building would be reused and expanded, and a new school and recreation center would be constructed on the southern end of the campus.

Residents can choose between the two concepts by voting online.

ANC 1C commissioners will tally the community votes and take final community comments at the commission’s next meeting on Wednesday, July 8 at 6 p.m. at Mary’s Center, 2355 Ontario Road NW.