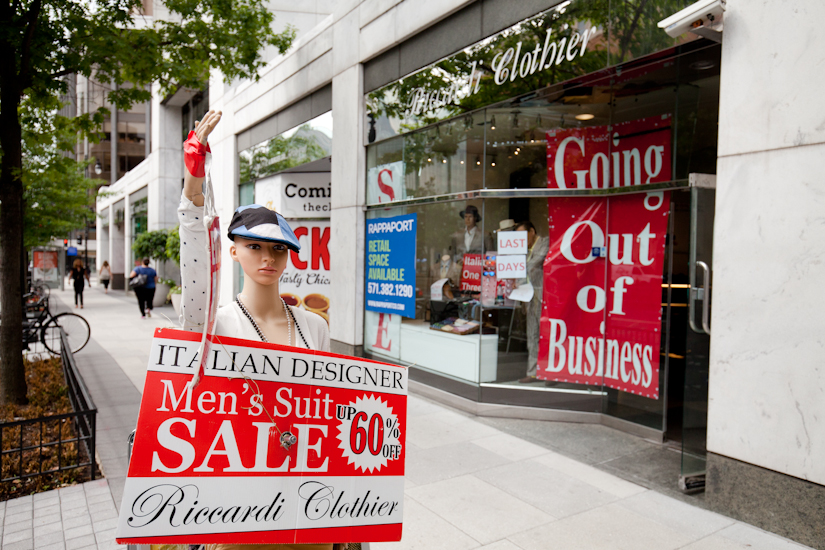 The Dupont neighborhood will soon lose another local business.

Riccardi Clothier owner Alex Brown says his store, located at 1300 Connecticut Avenue NW, will move to its original location in Georgetown in just three days. Why? Because the rent is just too high, says Brown.

Brown has sold of Italian suits and fashion consultation from his storefront since it moved there from Georgetown five year ago.

He admits business on Connecticut has been lackluster for a while.

But Brown also says he’s glad his menswear store is moving, primarily because his going-out-of-business sale has helped him sell more suits than he’s sold in months.

And there’s another silver lining: At least the store won’t have to worry about  wayward chicken odors from when The Chickery opens next door.