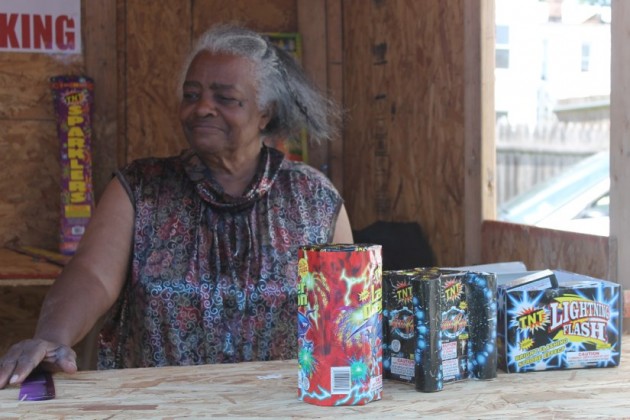 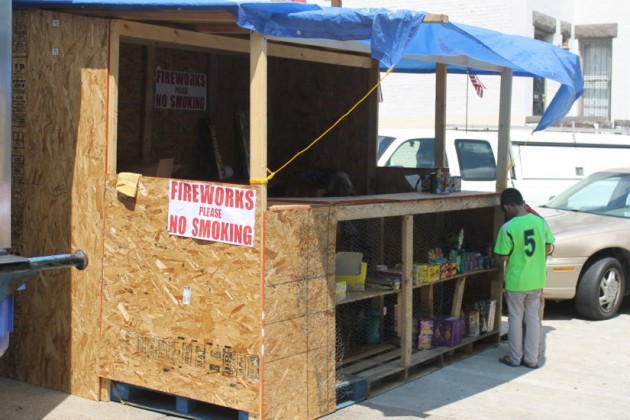 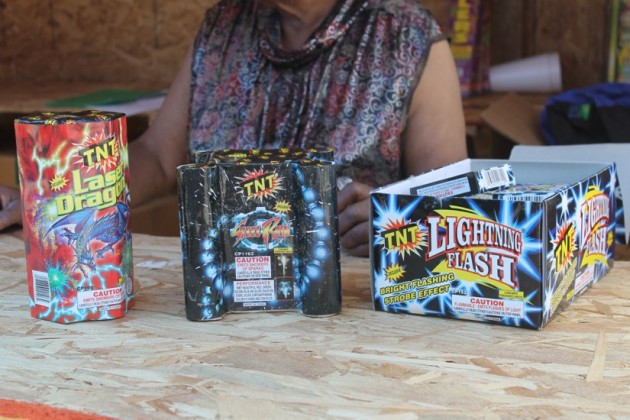 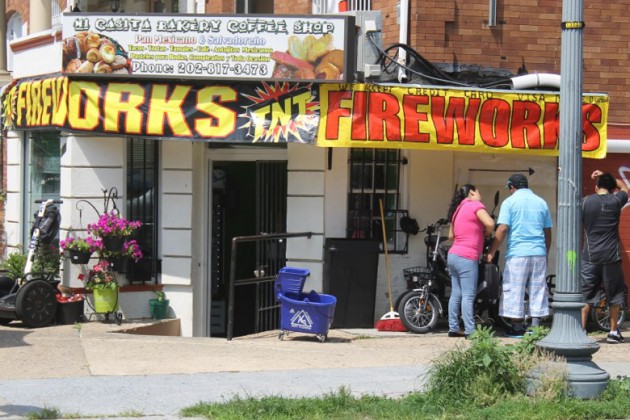 Inside, the eatery is busy and hot.

The man sighs again, as if to say he gets that question a lot.

“But Mattie does,” the man says, pointing to the wall behind him. “She’s out back.”

Mattie McLain’s head barely emerges from behind the counter of her plywood fireworks stand. On first glance, the hut looks uninhabited.

Although hidden, McLain is there. Sun or storm, the 78-year-old has manned the firework shack each summer for more than 20 years.

Every afternoon, a small crowd of children gathers in front of the stand. With a smile, McLain doles out pop-its, sparklers and party poppers for a dollar apiece.

Earlier this week, the stand was discovered — and subsequently written about — by PoPville.

“The [person] who runs the fireworks stand has had [their] stand on that corner for 30+ years,” writes another. “The nice folks at [Mi] Casita don’t have to let [them] continue the tradition, but they do.”

But McLain doesn’t just own the fireworks stand. She also owns the building that houses Mi Casita.

McLain used to run a grocery store and deli out of the space, but she closed the deli 10 years ago.

“I just got too old,” McLain says. “Now, I sell fireworks. It keeps me busy.”

Over the years, McLain has gotten to know her neighbors well.

“The neighborhood has changed a lot,” says McLain. “But a lot of the same people are still here. I know them.”

“Each year around this time, they look for me,” McLain says with a laugh. “Everybody says, ‘Where’s Mattie?'”

McLain often says she doesn’t know how much longer she’ll sell fireworks. But she’ll run the stand as long as she can.