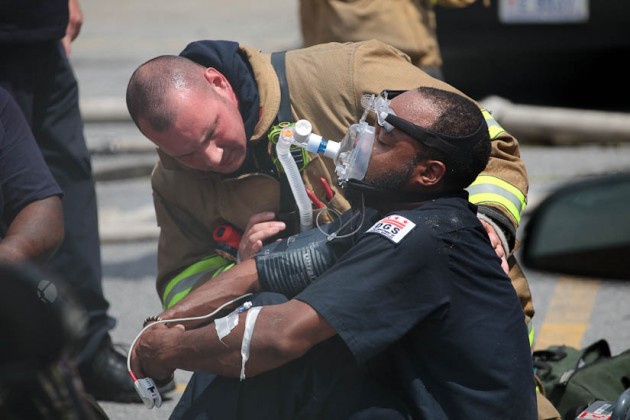 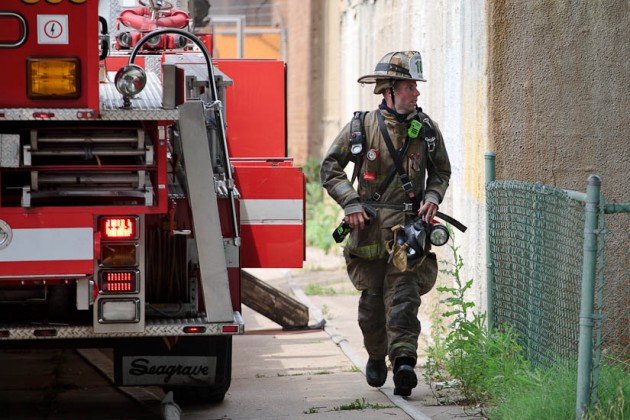 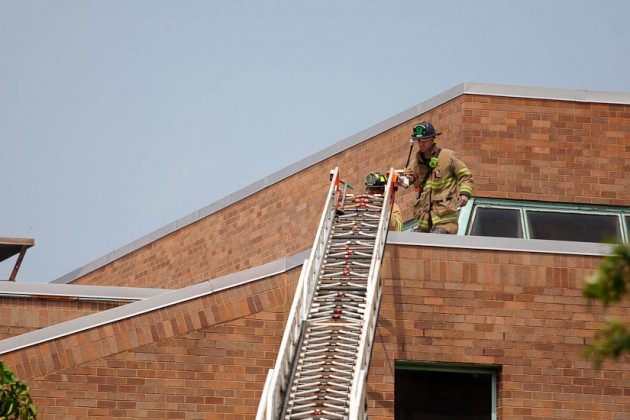 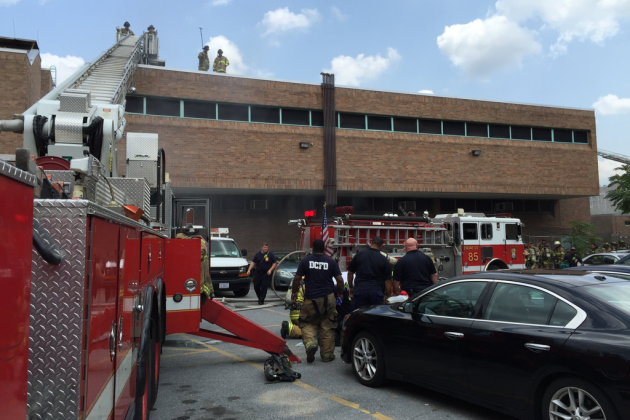 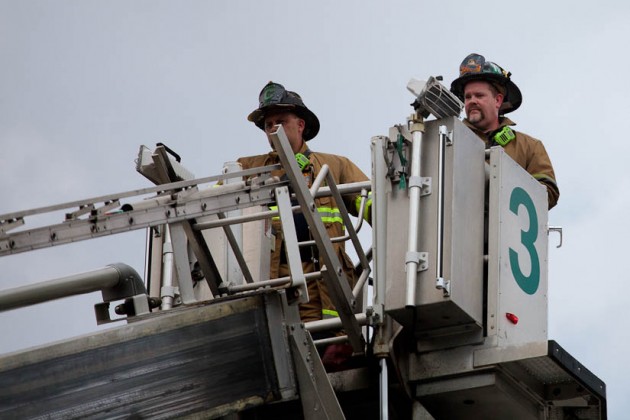 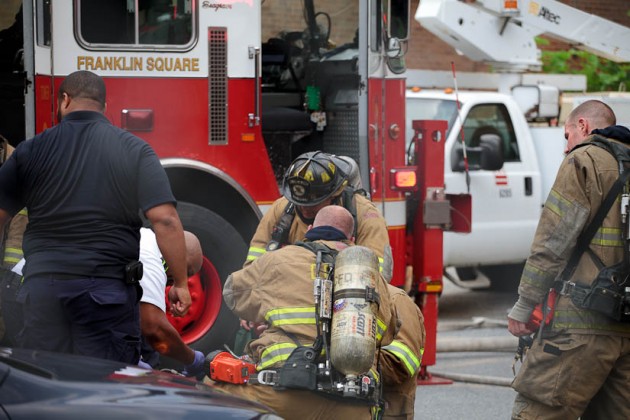 (Updated at 12:42 p.m.) Two people are in critical condition and one person has serious but non-life threatening injuries after a building at the former site of the Shaw Junior High School (925 Rhode Island Avenue NW) suffered an electrical fire today around 11:18 a.m.

D.C. Fire and EMS spokesperson Oscar Méndez said the fire started due to an electrical transformer.

The fire has since been extinguished.

Authorities on the scene told a Borderstan reporter that they think the building was not in use at the time of the fire.

One man wearing a D.C. Department of General Services patch was being given oxygen on the scene, observed our reporter.

D.C. Fire and EMS said three people were transported to the hospital from the scene; two in critical condition, one with serious but non-life threatening injuries.

D.C. Police closed the portion of 9th Street NW from Rhode Island Ave to T Street NW, and are advising motorists to use Q or 7th streets NW.