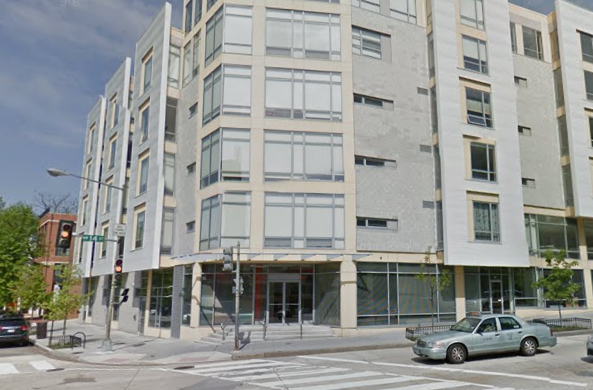 (Updated at 1:49 p.m. Friday with correct photo) A group of residents has launched a petition to block the possible addition of a new 7-Eleven store at 2300 14th Street NW.

“We are happily satisfied with the neighborhood retail services today such as: Streets, Smucker Farms, Yes Organic, CVS and Trader Joe’s, yet we are very concerned about [7-Eleven] entering our neighborhood,” reads the Change.org petition.

“We believe that [7-Eleven] will diminish and detract from our neighborhood, nor do we see it adding any value to our lives,” it continues.

Ezra Weinblatt, who filed the petition last night, says he and other residents at the nearby Solea condo building caught wind of the possible 7-Eleven coming to 2300 14th Street NW earlier this week.

Jim Dennin, the real estate broker for the property at 2300 14th Street NW, said he “could neither confirm nor deny” a 7-Eleven was coming to the property.

“We’re hoping to get enough support behind the opposition to compel them and demonstrate that the neighborhood would rather have a more local bodega, clothier or anything else,” Weinblatt says.

Among Weinblatt’s main concerns are the type of products sold at 7-Eleven.

“We not impressed by the processed and sugary foods that they sell,” adds Weinblatt. “The community is already served. It doesn’t fill a niche. We’re all concerned about the image that it brings.”

But doesn’t CVS sell the same kind of sugary foods?

“Well, CVS is already here,” says Weinblatt. “Everything that 7-Eleven sells is already being sold by every other business here.”

Though he didn’t include it in his petition, Weinblatt says he’s also concerned about people congregating in front of the possible store late at night.

“People hanging out at four in the morning on a street corner are not looking to pick up trash. They’re looking for trouble. We don’t want trouble.”

Weinblatt’s next step is to take the petition to his local commissioners at ANC 1B.

“We’re totally happy to see the landlord make money,” says Weinblatt. “We just want to see the community’s interests taken into that as well.”