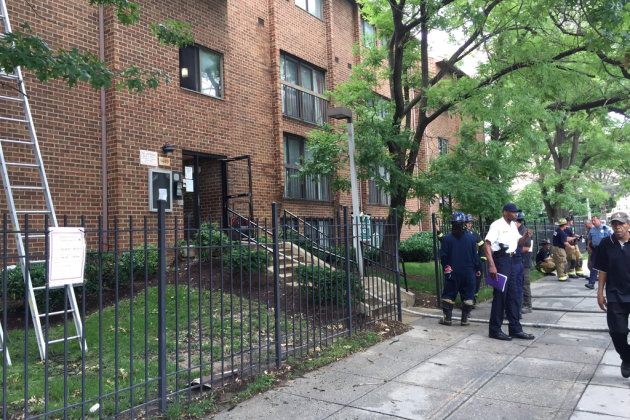 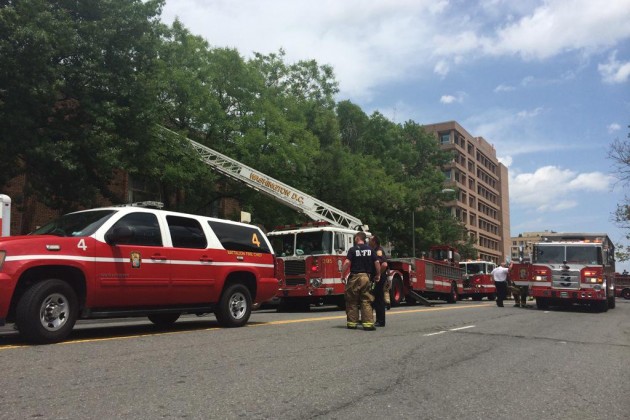 (Updated at 2:19 p.m.) An apartment fire closed the 1400 block of U Street NW earlier this afternoon, say D.C. Fire and EMS officials.

Fire crews crowded around the Portner Place Apartments, located at 1449 U Street NW, around 1:29 p.m. today.

@dcfireems UPDATE: Fire Knocked down. No injuries reported at this time. #dctraffic

Eyewitnesses on the scene say they first noticed black smoke coming from the top floor of the building, but that they don’t know what caused the fire.

Firefighters were seen earlier breaking windows at the top of the building. presumably to gain access to the floor.

D.C. Fire and EMS spokesperson Oscar Mendez told a Borderstan reporter that fire officials originally received a report for an apartment fire on the second floor of the building.

According to Mendez, the fire crew extinguished the small blaze in less than two minutes.

D.C. Fire and EMS reported no injuries related to the fire.