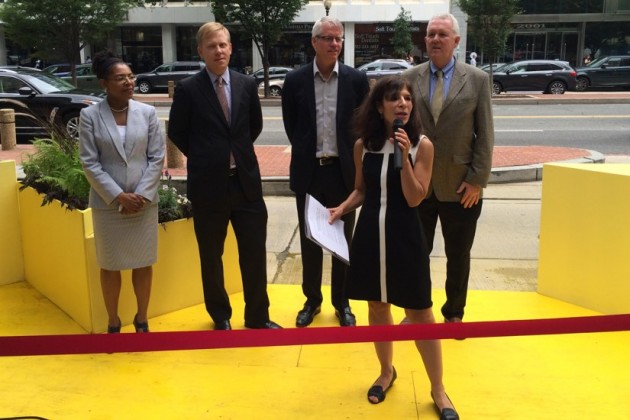 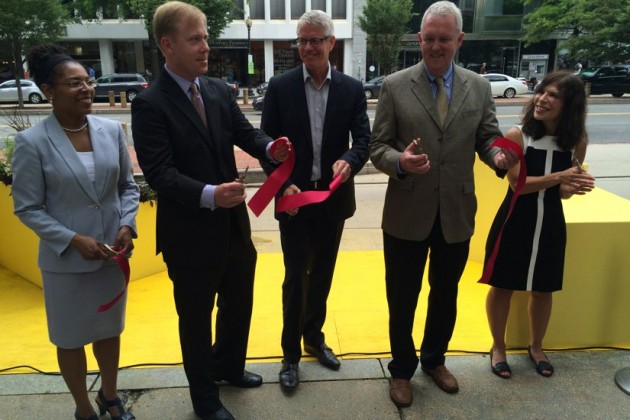 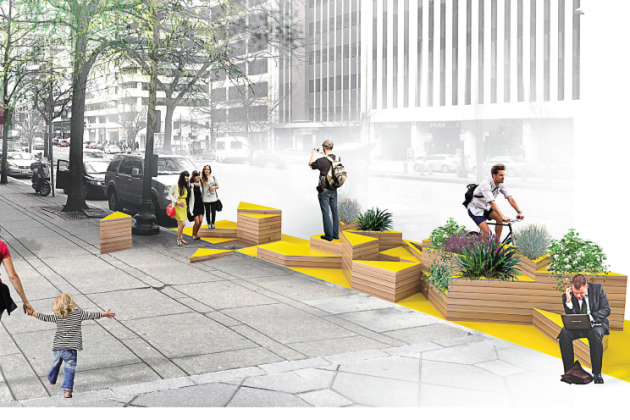 The new seasonal parklet, called “parkKIT,” was officially opened to the public during a ribbon-cutting held this morning in front of the Gensler building at 2020 K Street NW.

Among the dozens in attendance for the ceremony were Golden Triangle BID Executive Director Leona Agouridis; Tanya Stern from the D.C. Office of Planning; DDOT Director Leif Dormsjo; Gensler Managing Director Jeff Barber; and Director of the District Department of the Environment and former D.C. Councilmember, Tommy Wells.

“It is a project that celebrates the importance of public space,” said Agouridis during a speech. “It also shows the potential to activate public space in the most unlikely of places, K Street, one of the most iconic streets in the nation.”

The parklet replaces two street parking spaces and is composed of yellow blocks that visitors can rearrange and triangle planters set at different heights.

“Messing with parking in [D.C.] takes a lot of guts, takes a lot of vision,” Wells told the crowd. “What we know if activating the public spaces creates safer spaces, creates excitement, creates more business.”

The parklet will stay open until October, and will serve as host for weekly activities put on by Golden Triangle.