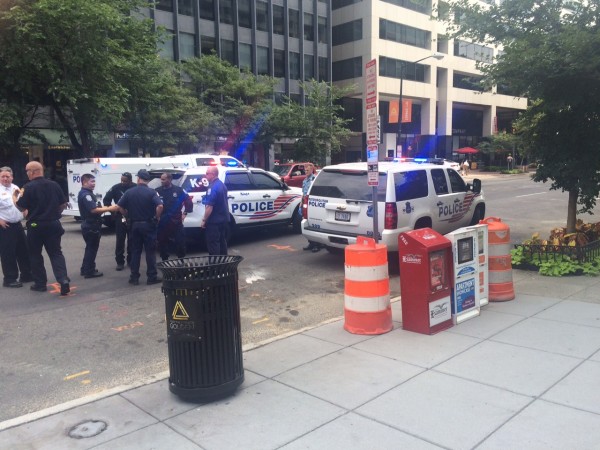 As of 3:31 p.m., officers at the scene said there was no danger and reopened the streets

A reader tweeted us earlier to say police were telling pedestrians to evacuate from the area.