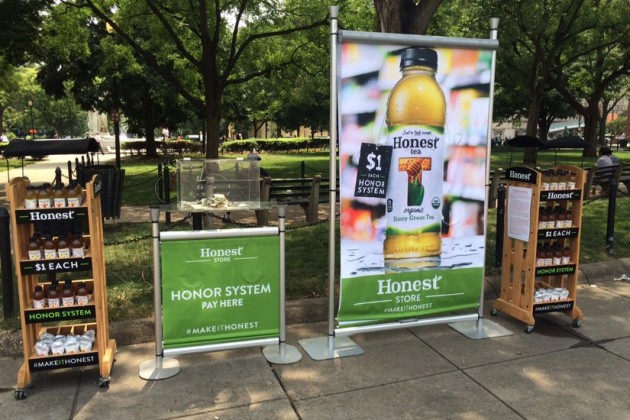 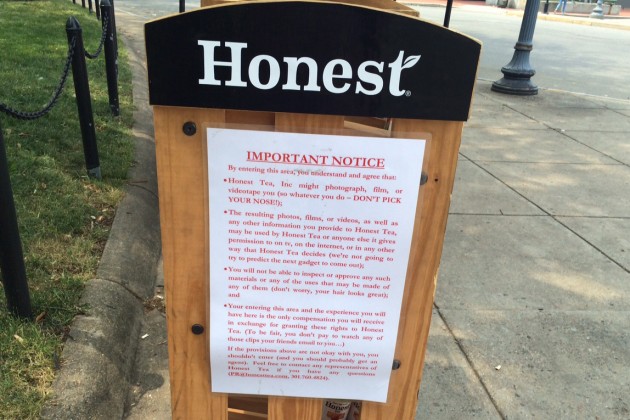 Honest Tea, a drink-maker owned by Coca-Cola and headquartered in Bethesda, built a pop-up tea stand in the west part of Dupont Circle earlier today.

Passers-by can drop a dollar in the box and take a tea; no employees or cash registers involved.

But grab-and-go with caution, tea-takers: You’re being recorded.

According to the rules posted near the stand, the day’s transactions will be filmed by a camera crew and possibly used by Honest Tea in the future.

more stories
Previous
‘The BEACH’ Free for Ward 2 Residents Tomorrow
Next
MidCity Dog Days to Return to 14th, U Streets This Weekend