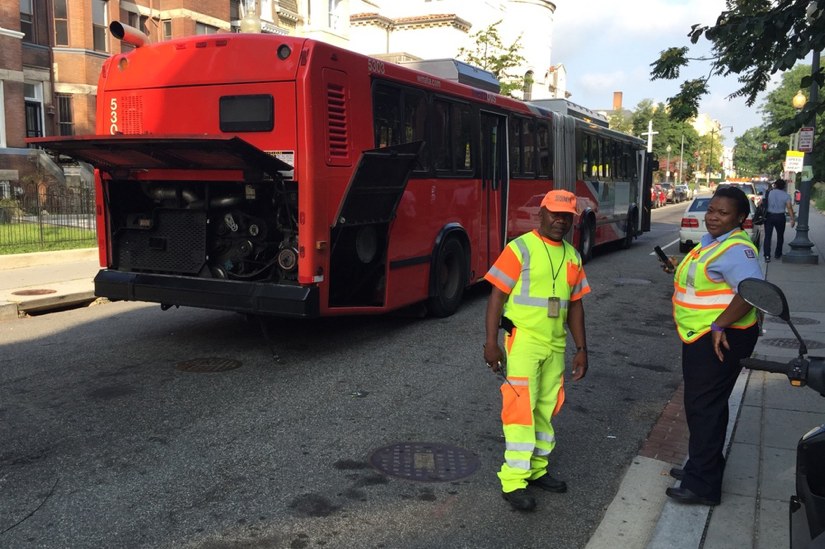 (Updated at 9:05 a.m.) D.C. Fire and EMS crews responded to a report of a Metro bus on fire in Columbia Heights earlier this morning.

Officials tweeted that they received reports of a vehicle fire near the intersection of 14th Street and Park Road NW around 8:13 a.m.

Metro employees on the scene told a Borderstan reporter that fire crews came because there was smoke coming from a belt located in the engine compartment.

“You know how it is in this town, a little smoke and everyone freaks out,” said a DDOT worker at the scene.

There is no visible damage to the bus.

When reached by phone earlier today, D.C. Fire and EMS spokesperson Oscar Mendez said that fire crews responded to reports of flames coming from the radiator engine compartment of a Metro bus.

A Metro spokesperson was reached by phone and is currently looking into the incident.