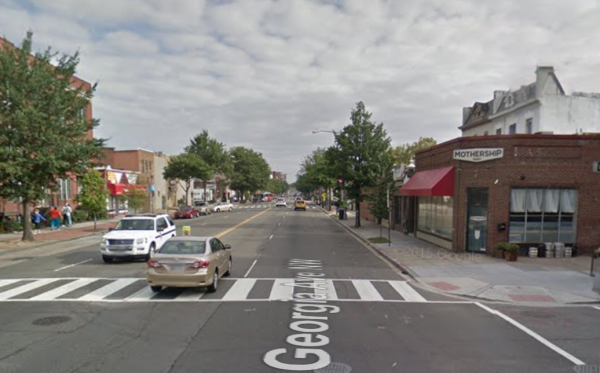 (Updated at 8:36 a.m.) A man was shot and killed in Park View last night, said D.C. Police by phone this morning.

The man has been identified as 24-year-old Derrick Black of Northwest D.C.

Police responded to a report of a shooting on the 3300 block of Georgia Avenue NW around 9:25 p.m. last night. When they arrived, police found Black suffering from several gunshot wounds.

Black was transported to a local hospital from the scene, but later succumbed to his injuries and was pronounced dead.

Police are still investigating the homicide.