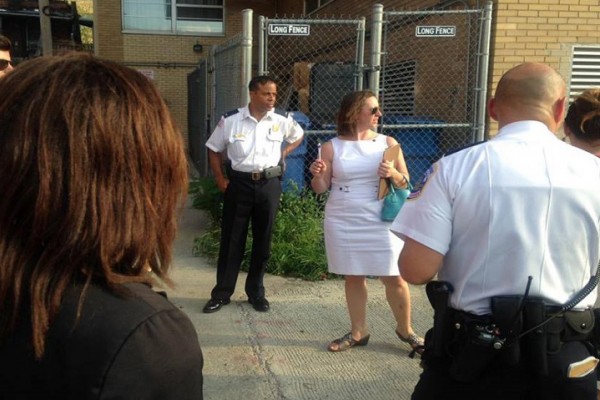 The walk will last from 6 to 7:30 p.m. and begins at the intersection of 14th and Girard streets NW. Specifically, the walk will leave from the spray park next to the Domino’s Pizza.

The public safety walk comes amid debate over several recent violent crimes in the area.

Last Thursday, a man was shot and killed in Park View. The following night, another man was forced into a van at gunpoint and sexually assaulted in Columbia Heights.

Nadeau said in a statement last Friday that she’d like to curb loitering and public drinking and drug use to help combat violent crime.

“In our public safety walk at Georgia and Lamont last week we heard from many residents who were concerned about loitering, drinking and drug use in the area,” she said.”When I was an ANC, the Council attempted to pass anti-loitering laws. Unfortunately, there was no path for them, given the fact that the courts would strike them down. That said, MPD has the tools to address illegal activity such as drug use and public drinking without anti-loitering laws.

During the walk, residents will have the chance to address safety concerns with employees from the Metro Police Department, Department of Behavioral Health and Department of Consumer and Regulatory Affairs.

This is one of several public safety walks that Nadeau is organizing across Ward 1.