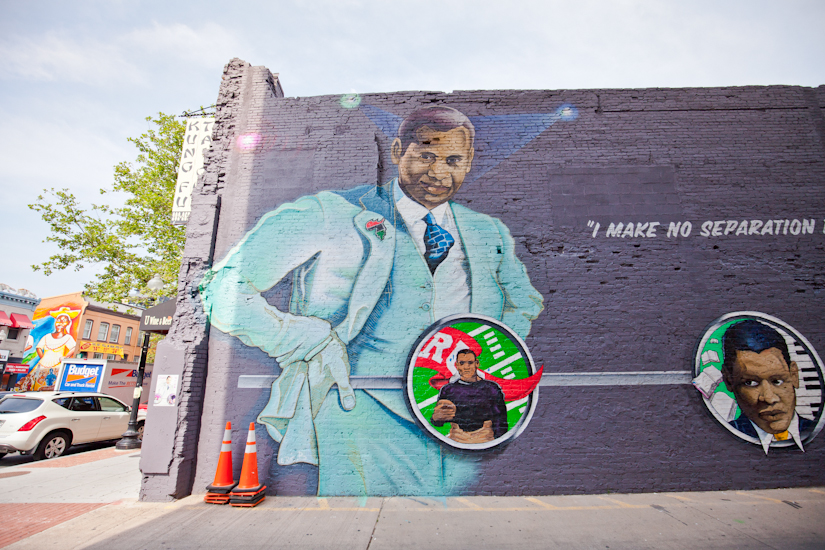 Paintballing the Presidents — Someone defaced a mural with a paintball gun in Adams Morgan yesterday. The vandal took specific aim and struck all of the depicted presidents around their groins. Were they trying to say something? [Washington Post]

Tree Me — The sidewalk reconstruction at Otis Place between the elementary school and recreation center has been modified to incorporate trees. ANC 1A commissioners worked with the District Department of Transportation to reconsider the sidewalk plans to make room for the greenery. [Park View D.C.]

Crossing Confusion — A protected bikeway on 15th Street NW is extending a few blocks north to bypass a busy intersection, but it lacks crosswalks. According to D.C. law, all four sides of an intersection are legal crosswalks, which means it would be legal for someone to cross at the “missing” sidewalks. [Greater Greater Washington]

Chilling News — The Good Humor ice cream company sent an old-school ice cream man to Dupont Circle to pass out free treats yesterday. Did you miss him? Don’t worry, he’ll be back on Friday. [Borderstan]