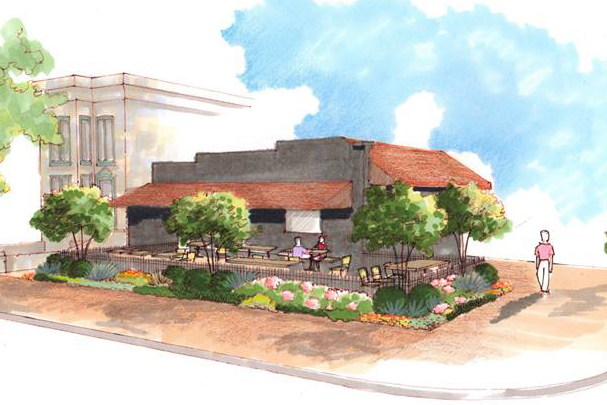 Applause rang out at last night’s ANC 1B meeting at the Reeves Center after the commission unanimously approved a settlement agreement regarding a long-debated and proposed outdoor patio at Shaw bar All Souls.

The bar’s plans for an outdoor patio at the corner of 8th and T streets NW previously ran into some heavy opposition from neighbors, reported Short Articles About Long Meetings in February, March and April.

According to a July post on the All Souls Facebook page, the bar has already been approved for a public space permit by DDOT, pending technical changes.

The room seemed to tense when Mark Ranslem, 1B-08, spoke up after a motion to approve the settlement agreement was put forth.

The commission then voted unanimously to approve the settlement agreement.

Commissioners broke out into laughter, applause and sighs, seemingly relieved to put the long-debated issue to rest.

“I had a big speech planned,” joked commissioner Brian Footer, 1B-01. “Put the speech away,” responded commissioner Dyana Forester, 1B-06, to more laughter.

ANC1B is supporting our patio efforts. Thanks to Reps Footer and Sullivan for your efforts working with the community. #shawpatios #outdoors

The Shaw bar’s next step will be at an ABRA protest hearing on Sept. 9.