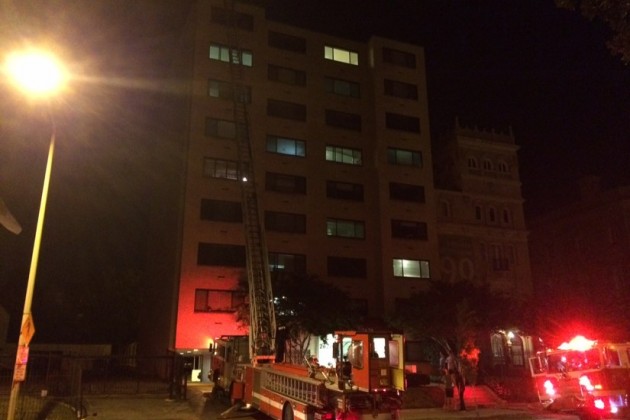 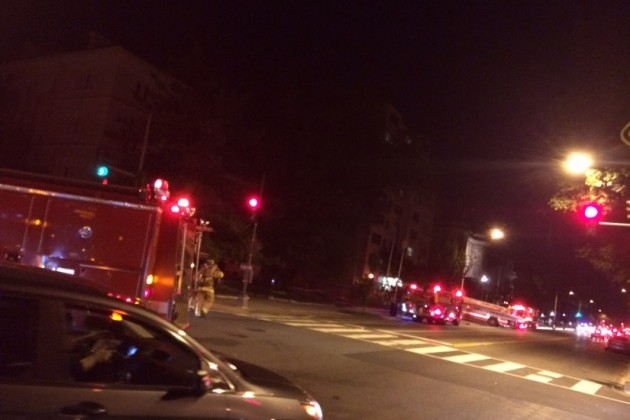 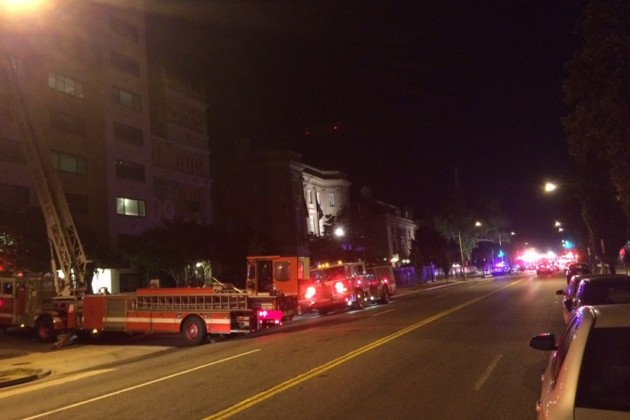 Some Columbia Heights residents may have woken to the sound of sirens early Sunday morning.

D.C. Fire and EMS crews responded to a report of a fire near the 2600 block of Euclid Street NW a little after midnight on Sunday, said spokesman Tim Wilson.

After extending a truck’s ladder to the top of an apartment building, fire crews found the cause of the report: burning food on a stove.

Photos courtesy of a reader