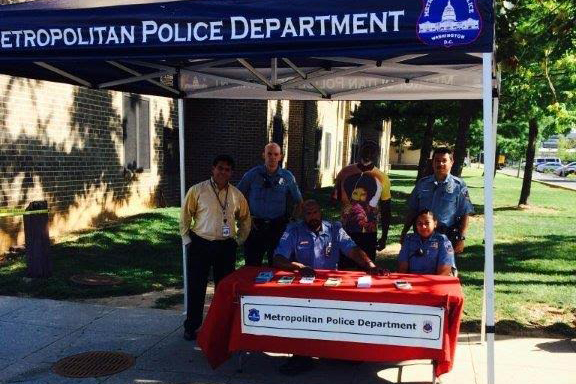 In response to last night’s shooting near 7th and O streets NW, MPD’s Third District announced the unveiling of a new 24-hour “community outreach post” near the intersection where the crime occurred.

Officers “familiar with the ongoing problems of the area” will man a tent structure on the 700 block of O Street NW day and night to answer questions, take reports and hand out safety pamphlets.

Additionally, Third District Lieutenant Deborah Pearce will be at the location Tuesday through Saturday, 6-8:00 p.m.

“The citizens of the District of Columbia and the dedicated officers of the Third District, working together, can end the violence and continue the progress that has been ongoing over the past several years,” said Pearce in a press release.