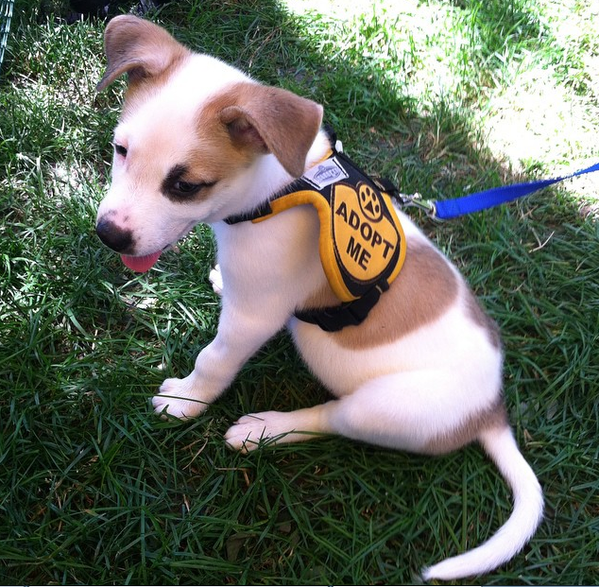 This week’s Farragut Friday event hosted by Golden Triangle BID will look a lot cuter thanks to the Washington Animal Rescue League (WARL).

Puppies from the Rescue League will descend on Farragut Square between 12 and 2 p.m. on Friday as part of an adoption event.

Visitors to the park will be able to play with the puppies and learn more about them from WARL volunteers, and anyone who falls in love with a puppy will be able to fill out an adoption application on the spot.

This will be the fourth time that WARL has brought puppies to the weekly festival since May. Leona Agouridis, executive director of Golden Triangle BID, says that they’re hoping to make the puppy pop-up a monthly feature at Farragut Fridays.

“People coming to the park love it,” said Agouridis. “And of course WARL loves it because there are hundreds of people who come and pet the dogs and they do get adopted.”