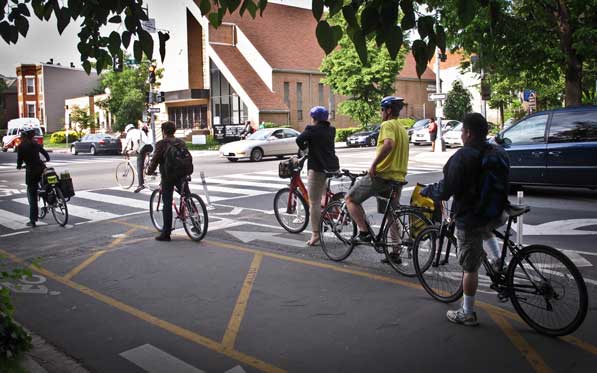 The letter also called for the completion of the Florida Avenue streetscape project between Sherman Avenue and U Street NW, and for DDOT to support the eastern downtown protected bike lane study.

Nadeau emphasized the need for protected bike lanes, saying that they are safer and cause less illegal parking problems.

“Continued investment in bicycle commuting infrastructure will mean less traffic, cleaner air and healthier residents,” she said in the letter. “Prioritization of these projects would address current gaps in the system and would help to make the District and Ward 1 an even better place to live.”