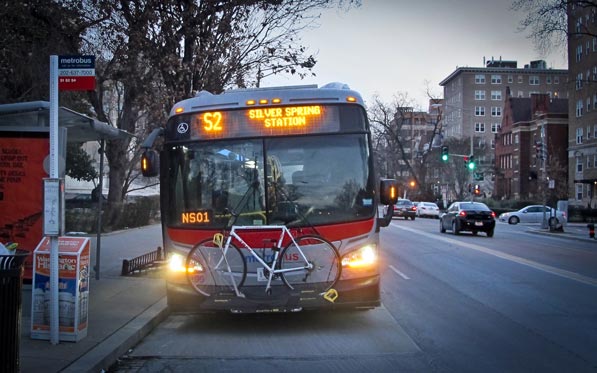 Community members will be able to weigh in on proposed changes to buses on 16th Street NW at a Citizen Advisory Group meeting tonight.

The meeting seeks to add community input to the 16th Street NW transit priority planning study, which began in March and looks at the transit conditions along 16th Street between H Street and Arkansas Avenue .

At the first Citizen Advisory Group meeting in May, community members identified the major problems along the street, one of the busiest corridors for bus traffic in the city. Bus bunching, overcrowded buses, buses passing by stops and traffic congestion were all listed as priority problems along the road.

At tonight’s meeting, citizens will have another chance to identify problems with existing services along the street, as well as give input on possible solutions that the planning study authors have floated. These solutions include bus-specific green lights so buses can get ahead of other traffic, tweaking the timing of buses to prevent overcrowding and adding more buses to the line.

The Department of Transportation plans to have a third Citizen Advisory Group meeting in early fall and is slated to complete their study of transit fixes and alternatives by January 2016.