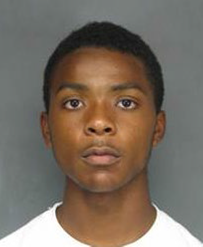 Police have identified one of the suspects in the deadly shooting that left 23 year-old Matthew Shlonsky dead last weekend.

Police say Shlonsky was killed after being caught in the path of a drive-by shooting that occurred near the intersection of 7th and S streets NW on the afternoon of Aug. 15.

Police are seeking Marcus King, 19, on a warrant for second degree murder while armed.