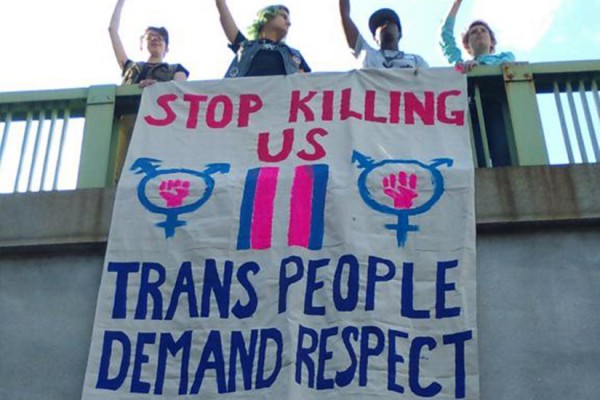 Seven transgender-rights activists hoisted a banner to protest the unjust treatment of transgender people at the Dupont Circle Metro station between 8 and 9 a.m. this morning.

Activist Jes Grobman said the banner was meant to disrupt commuters’ lives to bring attention to the cause.

“Last week, there were three trans people killed,” said Grobman. “It’s hard to connect those stories to reality. People need to be confronted and faced with the fact that we are dying.”

“We got a lot of support,” they added. “People on the streets walked by thanking us.”

Grobman said today’s protest is the first in a series of impromptu public displays.

“We’re going to keep doing things,” they said. “We keep being killed. We keep being unable to get jobs and afford housing. These are issues that are continuous.”