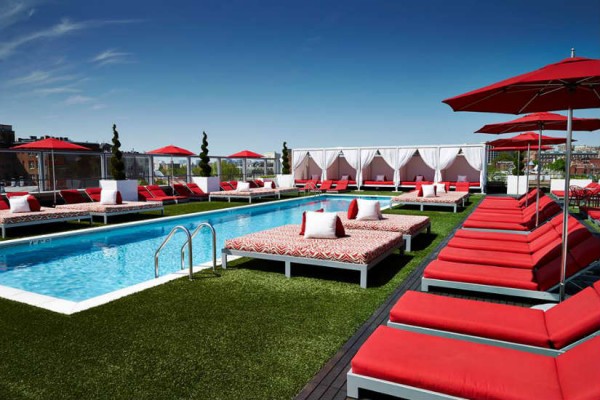 Vida Fitness employees and gym members will participate in a mass ice bucket challenge at the fitness club’s rooftop pool at 1612 U Street NW next Monday.

The ice bucket challenge, which went viral last August, encourages people to challenge their friends to donate to ALS research or dump a bucket of ice water on their head. Though some have criticized the challenge as a showy trend, ALS researchers say the donations it raised last year did make a difference.

The fitness club was challenged by gym member Andrea Peet, who was diagnosed with ALS at age 33.

Vida staff and members will meet at the club’s Penthouse Pool Club at 11 a.m. for the challenge. Chretien says the club is still not sure whether they will fill the pool with ice or make several buckets. Those who can’t attend the event are encouraged to donate $10 by texting “ALS” to 80077.

Chretien says the fitness club is currently looking into who they will challenge in their video.

“We don’t want to spring it on anyone without telling them first,” she said. “We’re looking at some local businesses and public figures, but we’re in the process now of figuring that out.”