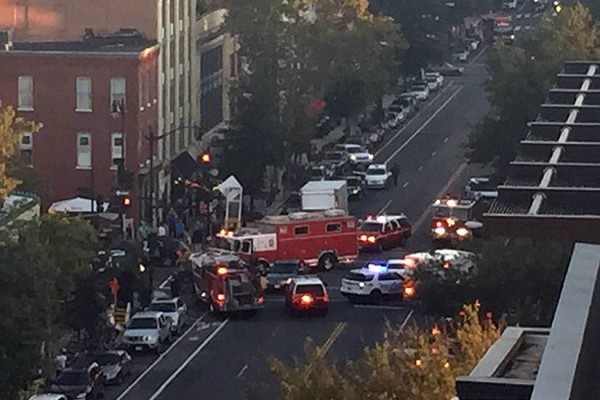 D.C. Fire and EMS crews took one person to the hospital after four cars collided near the intersection of 14th and Q streets NW last night.

Authorities say two SUVs and two sedans crashed into one another just before 7:22 p.m., causing several bystanders to call 911. Crews arrived on the scene by 7:25 p.m.

D.C. Fire and EMS spokesperson Oscar Mendez said that, although the crash caused no fires or triggered any airbags, one person was taken to the hospital in serious but non-life-threatening condition.

14th St, NW from P St to R St, NW both directions are closed due to a 4-car vehicle accident pic.twitter.com/S8KOJH5RdC

According to witness reports of the accident, emergency crews left the scene around 7:50 p.m.