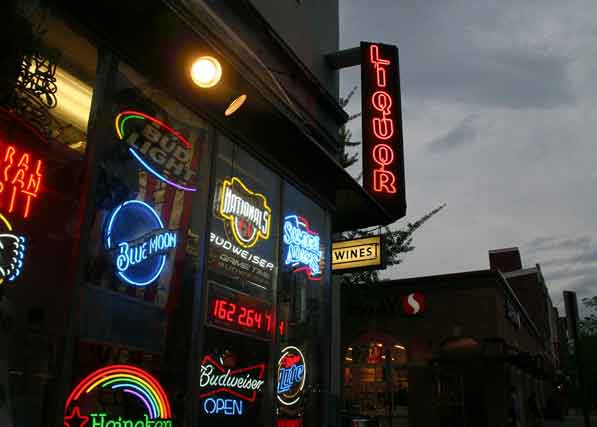 (Updated at 10:50 a.m. on Aug. 31) D.C.’s Alcoholic Beverage Control (ABC) Board announced on Monday it had voted 6-0 to adopt proposed rules that would lift the liquor license moratorium in West Dupont for all businesses except nightclubs.

The rules heavily modify the current moratorium and extend it for a period of three years.

Though the original moratorium was due to expire on May 17, the board voted on May 13 to extend it for a period of 120 days, during which it would take testimony from members of the community.

West Dupont residents gathered to discuss lifting the moratorium during a public hearing on July 22.

ANC 2B Commissioner Daniel Warwick, 2B-02, called on the board during the hearing to lift the moratorium on new restaurant, bar and tavern licenses, but extend it for nightclubs. He argued on behalf of his commission that lifting the moratorium on nightclub licenses could be disruptive to the peace, order and quiet of the neighborhood.

Warwick also noted that the only way for new businesses to enter the neighborhood is to purchase existing licenses, which are not always available. Warwick added that his ANC was concerned that the moratorium created a secondary market for liquor licenses that would discourage art galleries, distilleries, breweries, wineries and multi-purpose facilities from opening.

Former ANC 2B Commissioner Karyn Siobhan Robinson testified that the moratorium, including the ban on nightclubs, should be lifted entirely. Though Robinson acknowledged that nightclubs could sometimes disturb the peace, she argued that market forces prevented such businesses from flourishing in the area. Furthermore, Robinson said that maintaining the moratorium artificially inflates rent and prices for retailers.

But some residents who testified at the July 22 hearing said they did not support lifting the moratorium wholesale.

One resident said that several local businesses pose problems relating to noise and litter, and that lifting the ban on new nightclubs and taverns would only make the problem worse.

Another resident, whose balcony overlooks an alleyway, testified that he has witnessed patrons of a West Dupont business using drugs, urinating and “fornicating.” That resident agreed that lifting the ban on new tavern licenses would only increase that kind of behavior.

Though the ABC Board wrote it was “sympathetic to [residents’] concerns about the social ills that accompany a vibrant nightlife,” the board added that neighbors should discuss any problems with taverns with their ANC and utilize the ABRA hotline and online complaint submission form.

“The Board makes clear that it will not tolerate tavern licensees who operate in such a manner that their operations create a nightclub atmosphere,” wrote regulators. “It
cautions all licensees to understand that West Dupont is a unique neighborhood. As such, the Board will give great scrutiny to any licensing request that profoundly changes the nature and character of the neighborhood.”

The board added in its decision:

The Board appreciates the balance that must be struck between the interests of the residents in the neighborhood, and the interests that promote a nightlife economy. The Board recognizes that a diverse, dynamic and safe dining and entertainment environment is part of the fabric of the District, and yet, nightlife activity needs to be carefully managed in order to reduce antisocial behavior, noise, public disturbance and other problems.

The Board applauds the ANC’s efforts to solicit the community members’ perspectives on positive steps to transform the West Dupont’s neighborhood and improve urban vibrancy. Like the ANC, the Board believes that if managed properly, a thriving and safe nightlife can act as an economic engine by attracting new businesses and restaurants, diversifying the range of cultural offerings, creating employment opportunities, and increasing tourism. To this end, the Board is in agreement with the ANC that a new direction for the West Dupont moratorium that allows for responsible growth is warranted.

Though the rules are effective immediately, they are still subject to a 30-day public comment window and must also receive final approval by the D.C. Council.