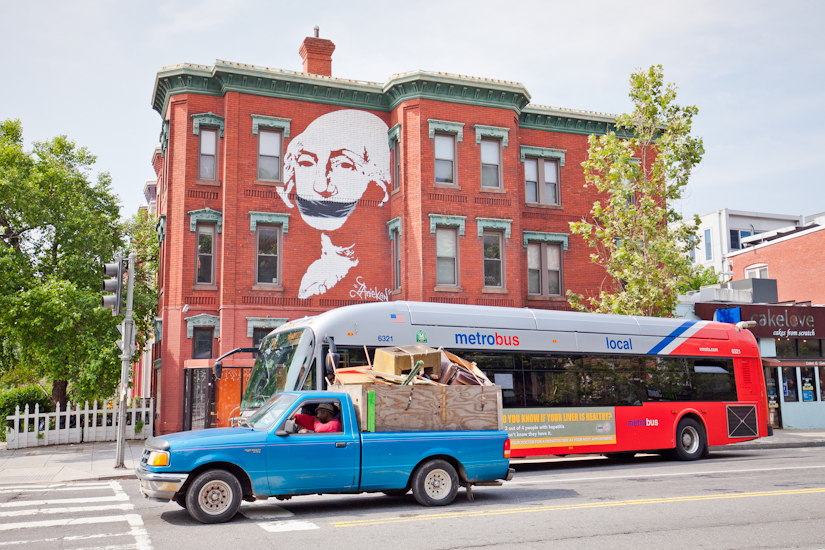 Much-Needed Renovation — After being vacant since at least 2006, 430 Manor Place is undergoing a renovation to make the home habitable again. The scope of work for the house includes new walls, bathroom and kitchen fixtures, electric devices and an HVAC system. [Park View, D.C.]

Social Media to the Rescue — A family’s electric cargo bicycle was stolen from their home on Tuesday. The bike, called an Xtracycle, is hard to miss with its wiring, cargo bags and seat fit for three small children on the back. Citizens around the District reported sitings of the bike near the intersection of Rhode Island and Florida avenues NW on social media. By 4 p.m., the bike had been returned to its owners. [Overvolted]

Restaurant Boom — Colonial-themed pizza restaurant Declaration (8th and V Streets NW) will open in November. The menu has 13 pizzas for each of the colonies in existence when the Declaration of Independence was signed. [Washington Business Journal]

Wing Fling — Duffy’s will open soon, but you can preview the second coming of the pub’s beloved wings during an all-you-can-eat wing feast on Sept. 13. [Borderstan]