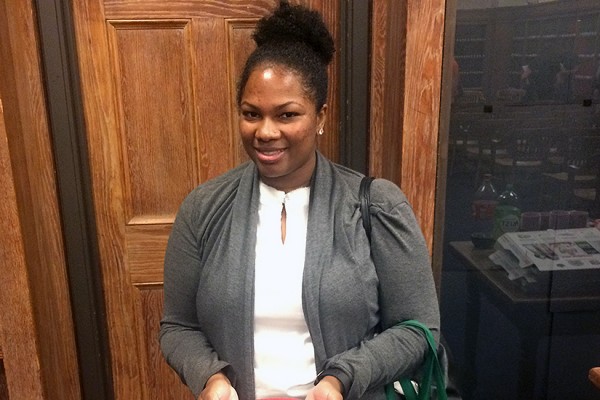 ANC 1B has a new commissioner.

The commission welcomed LaKisha Brown, 1B-04, to her new seat with a round of applause during a general meeting at Howard University’s Founders Library last night.

Brown, who quietly participated in the meeting, said she’s excited to learn the ropes and start participating in the process. “It’s a lot of information to take in, but I think I’ll learn a lot more about it. I’m interested in a lot of these issues,” she said.

“I’ve always had a passion for helping my community, so I think this is something that will help fulfill that passion,” she explained.

Brown added she hopes to take up issues of parking, affordable housing, zoning and noise complaints in the future.

Above all else, Brown says she wants to act as a representative for her neighbors to voice concerns.

“It’s great interacting with people and learning about [their issues],” she said. “At least I’m another voice.”