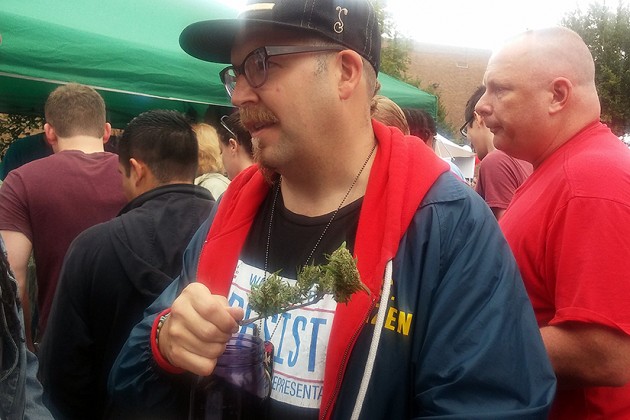 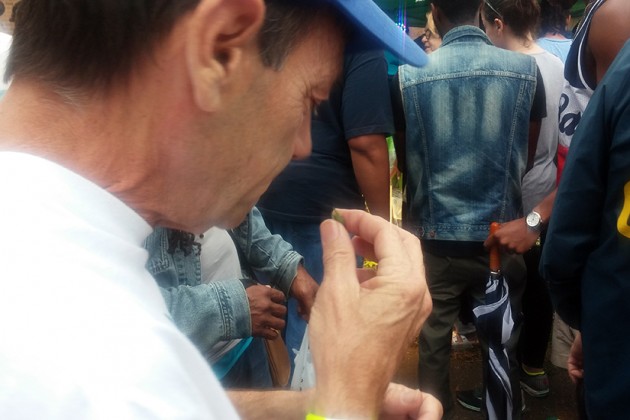 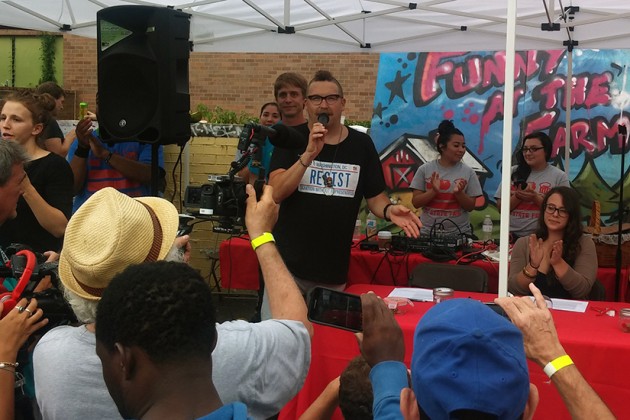 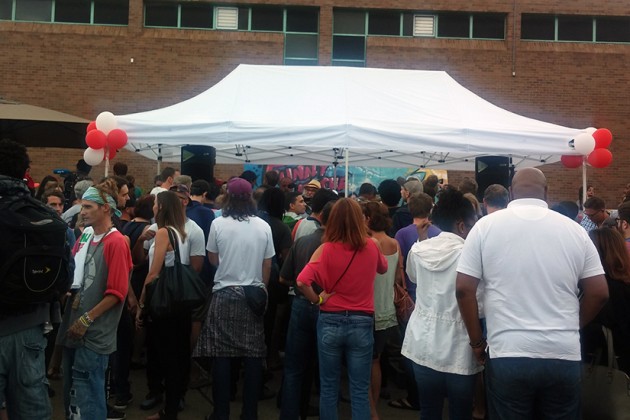 Though this was the sixth DC State Fair, this year’s events included D.C.’s first-ever (officially sanctioned) marijuana plant growing contest, and the spectacle attracted a throng of pot supporters, activists and business people.

Surrounded by a sizable crowd, Adam Eidinger, local marijuana activist and owner of Capital Hemp in Adams Morgan, answered some questions before taking the judge’s seat.

“I’m very proud of the city. I’m proud that so many people are defending this law and even  if they don’t use cannabis see it as an act of statehood and an act of identity,” Eidinger said while exchanging greetings with people in the crowd.

During the impromptu Q&A, several people asked to see Eidinger’s own marijuana sample, which he kept in a purple mason jar. Others asked about D.C.’s marijuana-welcoming future.

Later, while twiddling a pot plant scope between his fingers, Eidinger talked optimistically about a day in which we’ll find pot leaves and plants preserved at local Whole Foods and THC-infused juices on the ready.

“The rest of the country hasn’t really figured out how amazing our law is here but when they do they’re going to want to move here and I think  people moving here’s a good thing,” he added.

But Eidinger’s ability to draw a crowd wasn’t the main focus of the fair’s first Best Bud contest. The event, sponsored by Let’s Grow D.C., was meant to be a sort of meeting of the minds for local growers.

“This is an historic event, not just because cannabis is here, but because it is a collection of growers organic growers throughout the community coming together, meeting each other, sharing stories and sharing ideas,” said an eager emcee over bumping Reggae music.