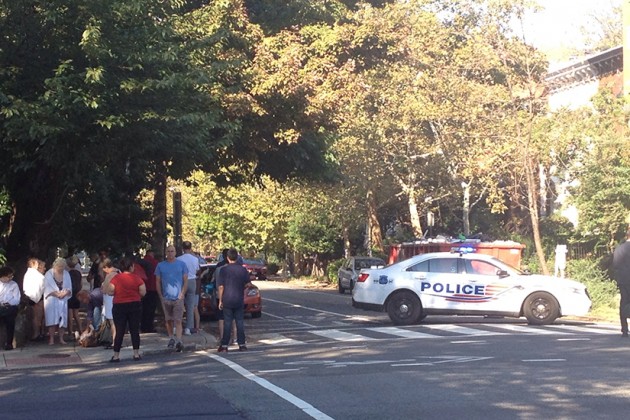 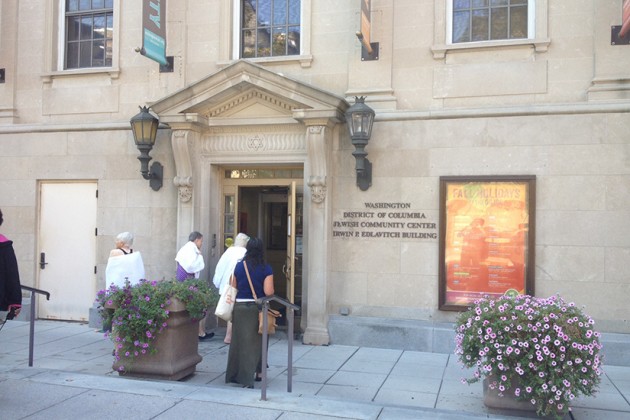 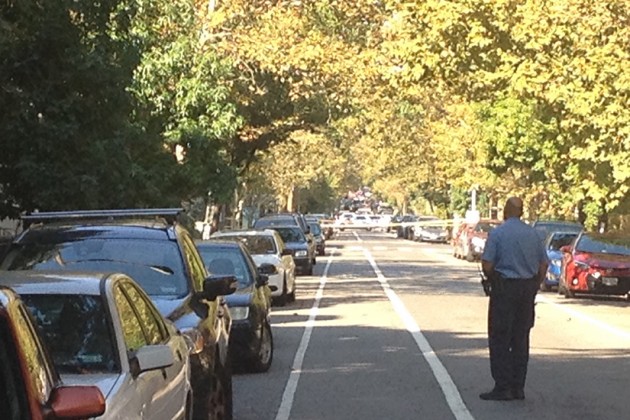 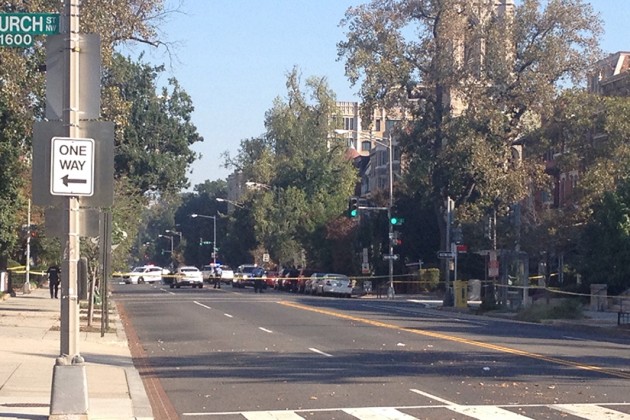 (Updated at 10:017 a.m.) D.C. Police earlier today evacuated the Washington D.C. Jewish Community Center (1529 16th St. NW) on a report that a backpack was found in front of the building.

Police said they received the call for a suspicious package near the 1600 block of 16th Street NW around 8:45 a.m. Officials evacuated the center and blocked off portions of 16th Street NW street to investigate the package.

An all-clear was given by police on the scene around 9:52 a.m.

Sarah Kirchen was in a water aerobics class when the building was evacuated. “There was never an explanation,” she said. “Some people don’t even have their shoes on.”