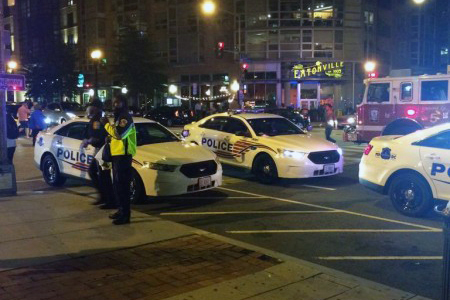 (Updated at 8:17 a.m. Thursday; police have identified the victim and the shooter.)

The man was transported from the scene to an area hospital, where he later died.

Police added that a person was arrested in connection with the shooting but that the investigation is still ongoing.

Andrew Ramonas, who lives near the intersection and edits Borderstan’s sibling publication Hill Now, said he heard a series of gunshots around 8:30 p.m. yesterday evening.

Reader Matt Abbruzzese tweeted that he heard five or six gunshots and then saw a man lying on the ground.

This story will be updated with more details as they are available.