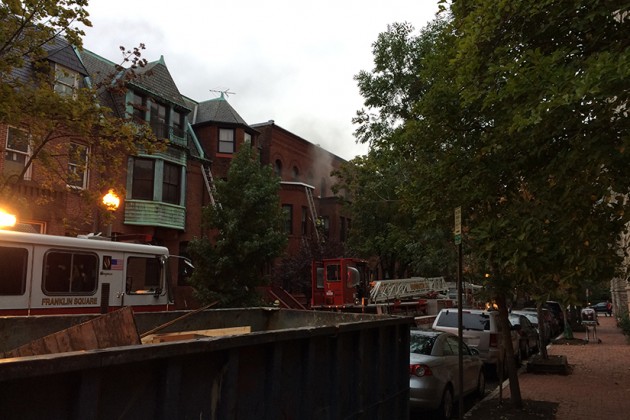 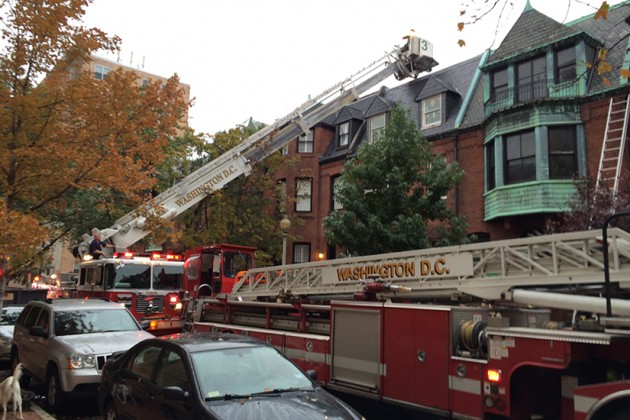 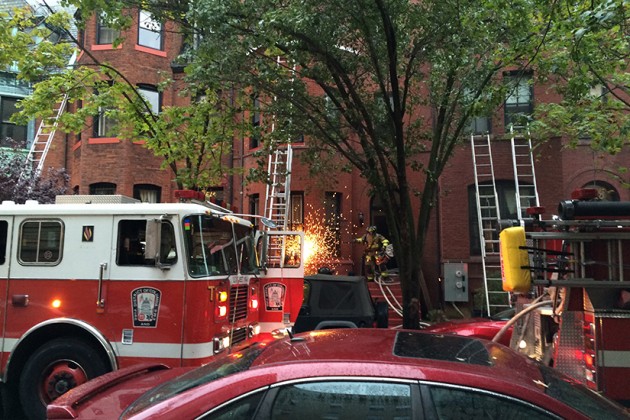 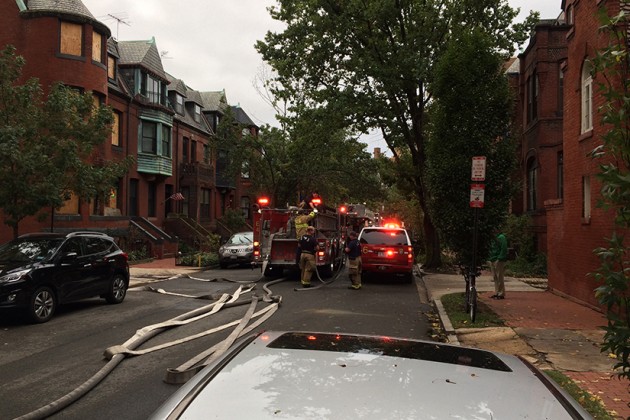 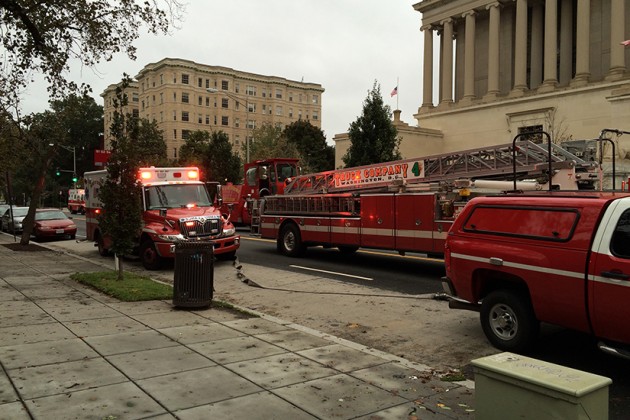 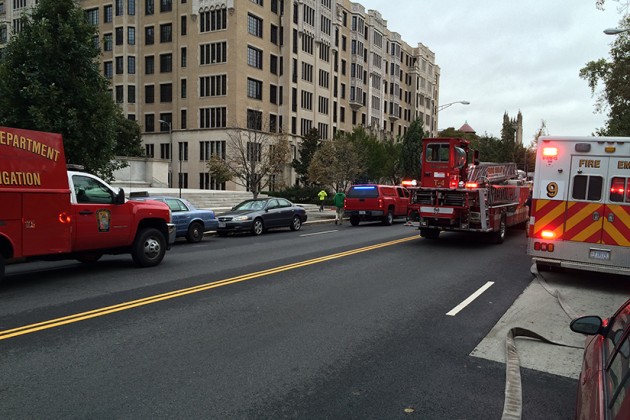 Emergency crews rushed to the scene of a fire on the 1600 block of Riggs Place NW this morning.

When crews arrived around 8 a.m., firefighters discovered smoke coming from of a home. After cutting through bars on the home’s windows, emergency personnel discovered and extinguished the source of the smoke: a small kitchen fire.

D.C. Fire and EMS spokesman Tim Wilson said there were no injuries related to the fire.

A deadly fire claimed the lives of Nina May Brekelmans, 25, and 24-year-old Michael Patrick McLoughlin on the same block in June.