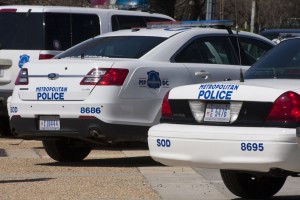 Pearce said a “concerned citizen” flagged down an officer near the intersection of 7th and M streets NW around 3:45 p.m. to report a man carrying a gun. The lieutenant added that officers located the man, and after a brief foot chase, arrested him.

Police recovered a silver revolver and charged the man with carrying a pistol without a license.

Police are on the lookout for two men filmed in connection with a burglary that occurred in the 1800 block of California Street NW on Sept. 22 between 12:45 a.m. and 1:15 a.m.

Four or five men are wanted in connection with a robbery that occurred on the 100 block of Thomas Street NW.