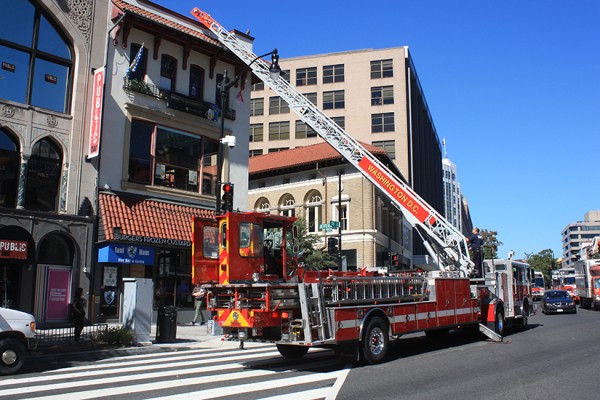 The Shake Shack at the intersection of 18th Street NW and Connecticut Avenue NW closed earlier today after firefighters responded to reports of smoke in the restaurant.

Firefighters briefly blocked off the intersection around noon. One firefighter climbed a ladder to the roof of the building while others waited outside. Most of the emergency personnel left about 15 minutes after arriving and there was no visible smoke or flames outside of the building.

A manager ushered customers out of the eatery in a haze of grill-scented smoke around 12:20 p.m. today. The manager would not say when the eatery would reopen.