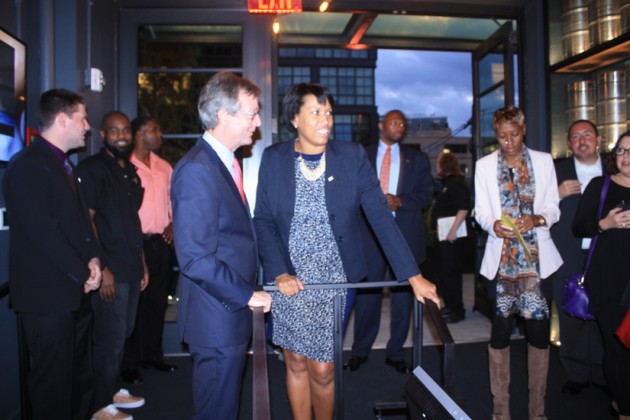 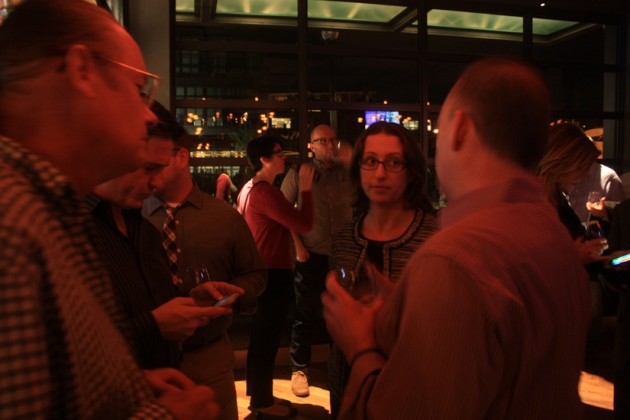 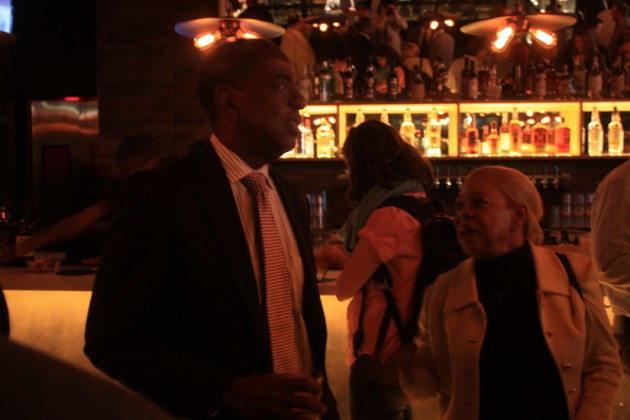 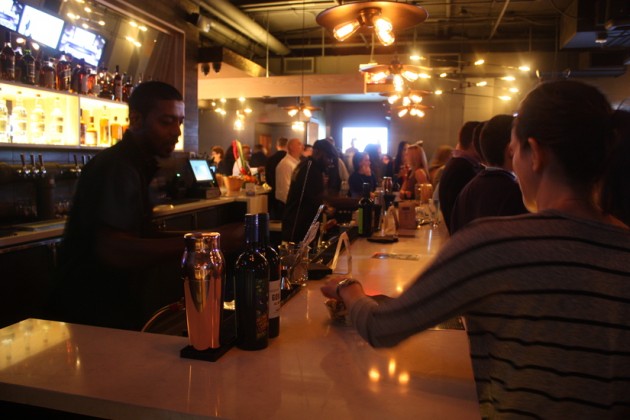 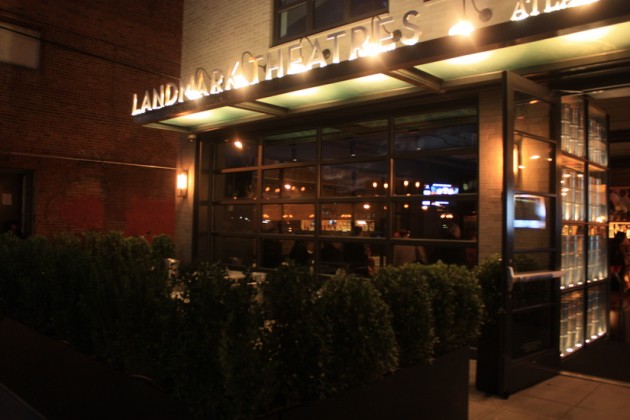 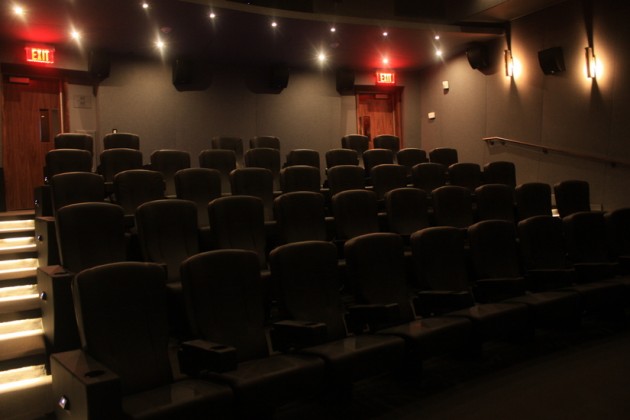 Six screens will light at Landmark Theatre’s Atlantic Plumbing Cinema near the U Street for the first time ever tonight. The theater chain celebrated the opening with a glitzy — and dimly lit — party last night.

D.C. Mayor Muriel Bowser and Councilmembers Brianne Nadeau (Ward 1) and Vincent Orange (At-Large) were among the high-profile guests at the party at the 10,000 square-foot theater located on the ground floor of the new Atlantic Plumbing apartment building at 807 V St. NW.

Guests at the invitation-only event ate popcorn and sipped kettle corn-flavored old fashioneds while exploring the cinema. The theater is decked out with a full bar and patio seating, and moviegoers will be able to bring drinks from the bar into their theater.

Landmark CEO Ted Mundorff gave Bowser a tour of the theater and commented that the theater’s opening shows how much the U Street area has changed over the past decade and will draw even more people to the area.

Want to catch a flick? All six of the cinema’s screens will show “Steve Jobs” tonight starting at 8 p.m.