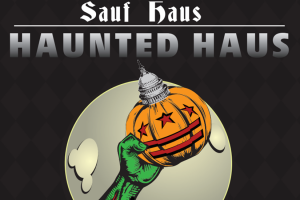 Sauf Haus (1216 18th St. NW) will host a “haunted haus” event next weekend in honor of the s-s-spookiest holiday of them all, Halloween. Guests can partake in creepy events and buy discounted beer and cocktails during each day’s festivities.

The bar will kick off its three-day Halloween weekend with a viewing of Rocky Horror Picture Show at midnight on Friday. As per the norm, guests will be encouraged to break out the gold speedos and fishnets.

But it’s the next day, Saturday, when things get a little creepier. From noon to 7 p.m., guests will be able to carve pumpkins and compete for prizes in an apple bobbing contest. Then, at 7 p.m., the evil clowns and human statues come out to roam the haus.

“They’re going to be strolling through the bar,” Roberson said. “There will be these slightly spooky happenings going on.”

Black Masala, a gypsy punk and funk band, will set the mood for the evening with live music. The bar will also screen classic Halloween films such as “Hocus Pocus” and hire a tarot reader to tell patrons’ fortunes throughout the night.

Although there might be some frights, scaredy-cats should still be able to handle this party. “We don’t want to scare people too much,” Roberson said. “It’s not going to be a full on haunted house in a traditional sense.”