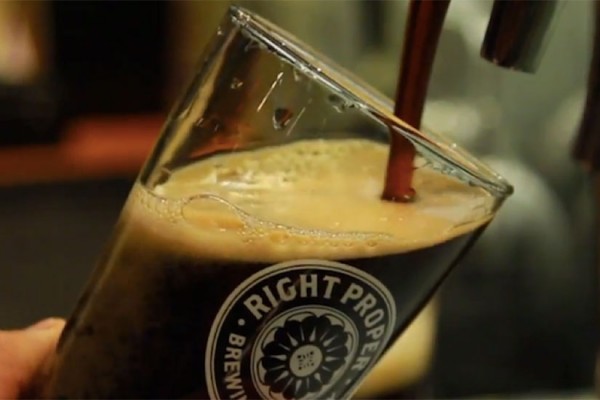 Beer drinkers can raise a glass of Ornette, Lookaftering or other Right Proper Brewing Co. offerings today in memory of an American University alumnus who died in a shooting in Shaw over the summer.

The brewery at 624 T St. NW plans to donate $1 for each house beer it sells tonight to a fund American established in the name of Matthew Shlonsky, after he was fatally shot near the Shaw-Howard University Metro station in August. Shlonsky, 23, was heading to Right Proper when he was hit by a bullet that police said was intended for someone else, according to The Washington Post.

Shlonsky’s friends are hoping the fund will pull in about $5,000 from the beer and a separate, sold-out fundraising event that the brewery also is hosting this evening. The fund is intended to help support research related to international affairs, the focus of Shlonsky’s studies at American. He graduated in 2014.

“It was clear from his short time as a professional, and his years as a student, that Matt would have gone on to make the world a better place,” American alumnus and Shlonsky friend Matthew Rosenberg said in a statement. “We hope this fund will help to fill the void he left behind.”

more stories
Previous
Great Scott! There’s a DeLorean Parked in Dupont Circle
Next
Yet Another New Bar Planned to Open in Shaw