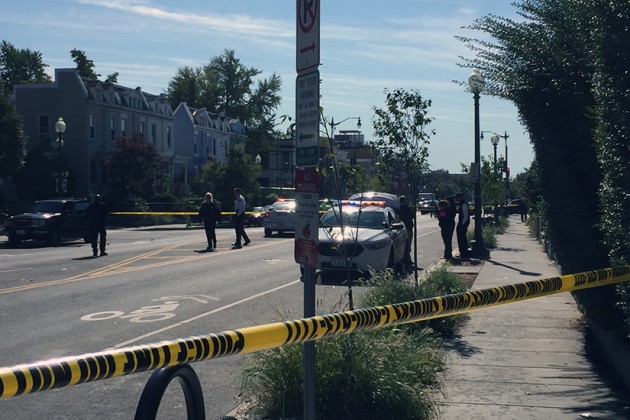 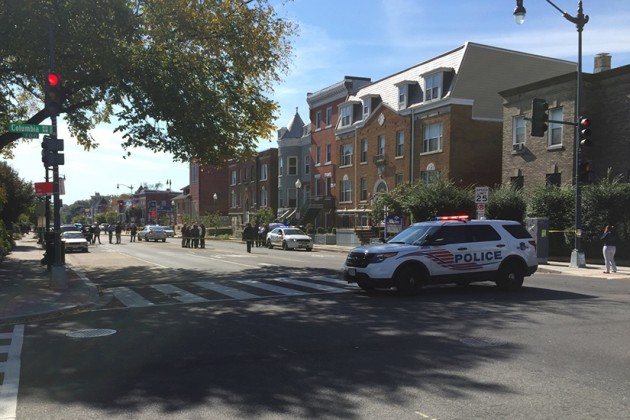 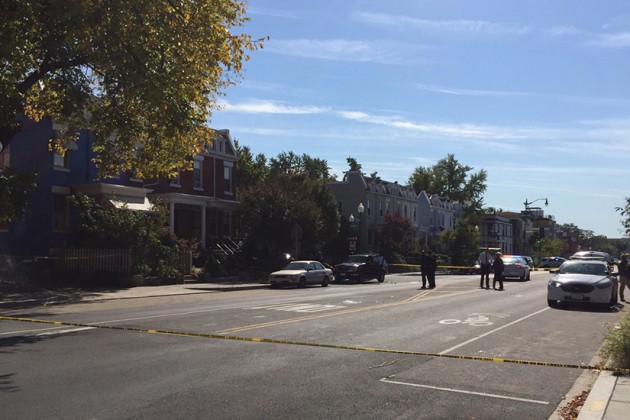 D.C. Police have identified the man reportedly shot in the chest and killed in his car near the border of Columbia Heights and Park View yesterday morning.

Authorities first received a report of gunshots fired on the 2900 block of Sherman Avenue NW at 11:10 a.m. yesterday. When they arrived, police said they found 38-year-old Marcus Manor unconscious and “suffering from apparent gunshot wounds.” Manor died on the scene shortly after police arrived.

At the scene of the crime yesterday, officers appeared to be focusing their investigation around a black SUV parked near the intersection of Sherman Ave. and Hobart St. NW with its driver side window broken. Several evidence markers were spotted on the ground near the vehicle.

Joe Lewis, who lives on the block, said he heard five gunshots and walked to the scene when he heard sirens.

Police are still on the lookout for the person who shot and killed Manor.

Anyone with information about this case is asked to call the police at (202) 727-9099.  Additionally, anonymous information may be submitted to the department’s TEXT TIP LINE by text messaging 50411.