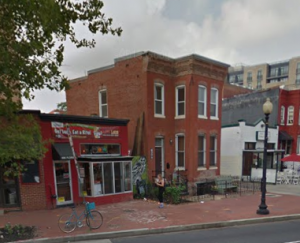 At this point, saying “a new bar is in the works in Shaw” is more or less like saying “the sun may rise tomorrow.” So it should come without surprise to learn that — shocker! — another bar might soon open in the neighborhood.

A public hearing notice for a liquor license application shows that the owners of a new bar identified under the trade name “600 T” seek to set up shop at, where else, 600 T Street NW.

According to the application, the bar would serve “light snacks, chips and nuts” alongside drinks in a space with seating for 25 and a total occupancy of 31.

The bar’s owners seek to serve alcohol until 2 a.m. Sunday through Thursday and 3 a.m. on Friday and Saturday.

We were unable to reach the bar’s listed contact, Jean Claude Garrat, by phone earlier today. Though little is known about the planned business at 600 T Street NW, a PoPville reader traded rumors in July that a bar was slated to open in the building’s basement.