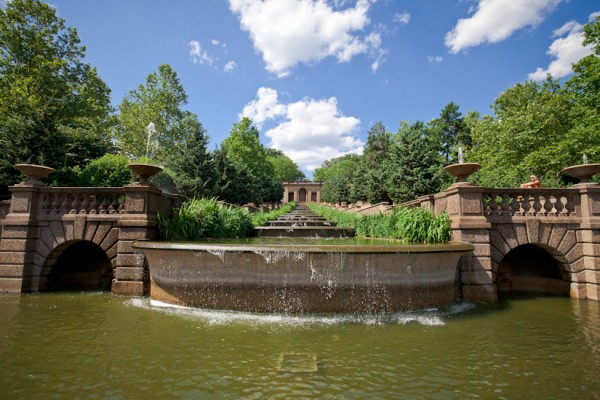 Ben’s Chili Bowl Muralist on Cosby Defacing — Ben’s Chill Bowl muralist Aniekan Udofia is not a fan of “Smear Leader,” the street artist who affixed the grinning visage of Kim Jong Un over Bill Cosby’s face this week. “It was upsetting,” he told a producer with the “The Kojo Nnamdi Show.” “The real victims here are the people from Ben’s Chili Bowl and the artist.” Brightest Young Things has offered suggestions on who could replace Cosby on the mural, if Ben’s decided to remove his image. [Kojo Nnamdi Show, BYT]

Dupont Current Publisher Asks for Donations — Davis Kennedy, the publisher of The Dupont Current and other community newspapers in D.C., is looking for his subscribers to voluntarily pay about $52 annually to help cover the production costs of the free papers. [Current Newspapers via Twitter/Cuneyt Dil]

Another New Bar Planned for Shaw — A public hearing notice for a liquor license application shows that the owners of a new bar identified under the trade name “600 T” seek to set up shop at 600 T Street NW. The bar would serve “light snacks, chips and nuts” alongside drinks in a space with seating for 25 and a total occupancy of 31. [Borderstan]

The Bulldozing of Shaw That Didn’t Come — The Washingtonian takes a look at how a highway could have “chopped up” Shaw. [Washingtonian]