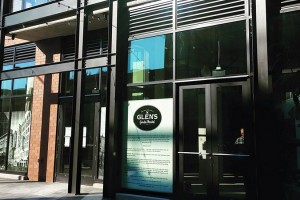 Glen’s Garden Market has moved a step closer to opening its new location in Shaw.

The Dupont-based business has applied for a liquor license application for its forthcoming location at The Shay (1924 8th St., NW). According to the application, the new Glen’s aims to serve local beer and wine in a “communal eating space.”

Glen’s owner Danielle Vogel said at an ANC 1B meeting three weeks ago that she hopes to open the new location some time next month.

In May, Vogel told the Washington City Paper that employees at the forthcoming Glen’s would sling $4 beers and freshly prepared salads, sandwiches and entrees alongside locally sourced groceries.

“It’s going to feel more like a bodega,” Vogel told the Washington City Paper. “You’re going to be completely enrobed by the bounty of the region.”

The new Glen’s will also include a large beer garden and sidewalk cafe with seating for 51 people.