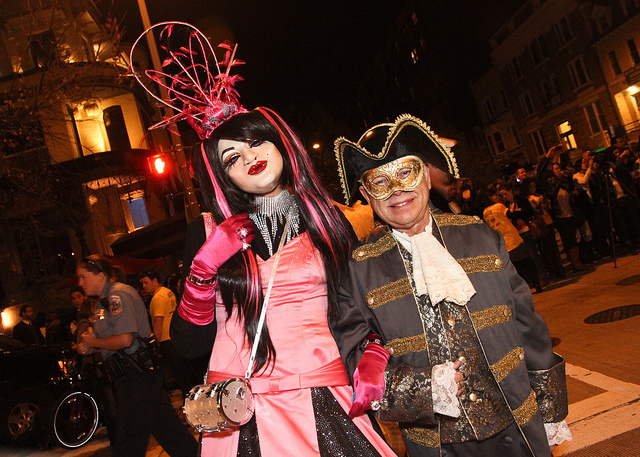 Ah, Halloween: the time of year when grown people dress like Disney characters and memes. Want to celebrate? Here’s where to find the Halloween scene starting tomorrow night:

“Sexy” improvisers put on a silly-spooky show in a BYOB-only venue.

Costumed children will march along the 1400 block of P Street NW in search of candy and treats. The parade ends in Stead Park with dancing and music.

Local actors tell spooky gothic tales while guests sip on drinks, tour the house after dark and learn about the Heurich family’s spiritualism — and the porcelain dolls on the second floor.

This event promises a “spooktacular” bottomless brunch with a costume contest for a $75 gift card.

Historic Dupont Circle Main Streets will host its annual Dupont Circle pet costume contest in the dog park at at 17th and S St. NW on Halloween at 10 a.m. All pets are welcome to compete, and the event will occur rain or shine, said the event’s organizers.

Meridian Pint will host two Halloween events on the same day. Six Feet Under the Sea is a prom-themed Halloween party in the basement of the bar preceded by a horror movie marathon. On the patio, kids in costumes can gather at 4 p.m. for hot cider, trick or treating and crafts.

Drink specials abound at six bars. Though the idea is to visit each bar, attendees can join the bar crawl at any stop along the way.

Guests can join local police officers for food, games and a haunted house.

A DJ spins house tunes while costumed attendees compete in a “scariest” and “sexiest” costume contest. No cover.